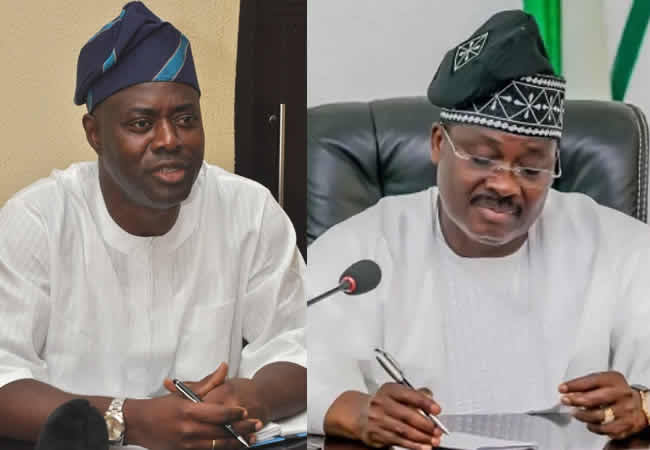 He also threatened to expose his predecessor Abiola Ajimobi if he does not keep quiet about his (Makinde’s) administration.

The governor made the revelation in a media chat on the state television on the occasion of his one month in office.

Makinde said the figure represents the amount discovered so far, pointing out that some of the debts may be questionable. He said:

“We have confirmed N150b debt so far. We are still working to discover any other one. Some of them may be questionable. If you take bond, it is always tied to a particular project. If we want, we can do value-for-money audit.”

He also pointed out that the state receives N4.5b federal allocation while salaries and pensions stand at N5.5b leaving the state with a shortage of N1b.

But he said all those facts are not big problems, stressing that he only needs the support of the people to succeed and overcome all the challenges.

On government vehicles allegedly taken away by some of those who served with his predecessor, Makinde said the immediate past Head of Service (HoS) Mrs Hannah Ogunesan went away with the vehicle bought for her just earlier in the year.

He, however, promised to be forward-looking instead of concentrating his energy on the previous administration.

He also threatened to expose Ajimobi if he fails to interfere in his administration. His words:

“Our focal point is how to strengthen the economy of the state so that all and sundry will prosper. But I will expose them if they don’t want to stop disturbing us. When we do, they won’t be able to move in the streets.”

Makinde also promised to conduct local government election by first quarter of 2020. He pledged to abide by the judgment of the court on the case in court over the sack of the elected local government chairmen and councilors.