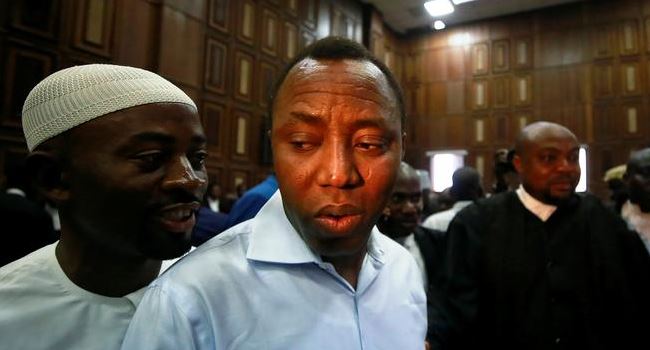 The convener of RevolutionNow and Publisher of Sahara Reporters, Omoyele Sowore and his co-defendant, Olawale Bakare, on Monday, pleaded not guilty to charges leveled against them before a Federal High Court sitting in Abuja.

Both men were arraigned before Justice Ijeoma Ojuwku on seven counts of treasonable felony, money laundering and other sundry offences instituted against them by the Federal Government.

Having pleaded not guilty to the charges, Justice Ojukwu ordered Sowore and Bakare to be remanded in custody of the Department of State Service (DSS) pending the hearing and determination of their bail application.

The court refused an oral application for the bail of the first defendant, Sowore, who has been in custody of the DSS since August 3 when he was arrested in Lagos by men of the security operatives.

Justice Ojukwu subsequently adjourned till October 3 to hear the bail application of the defendants. 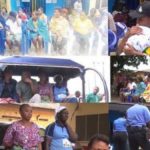 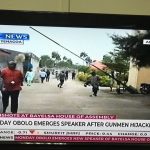