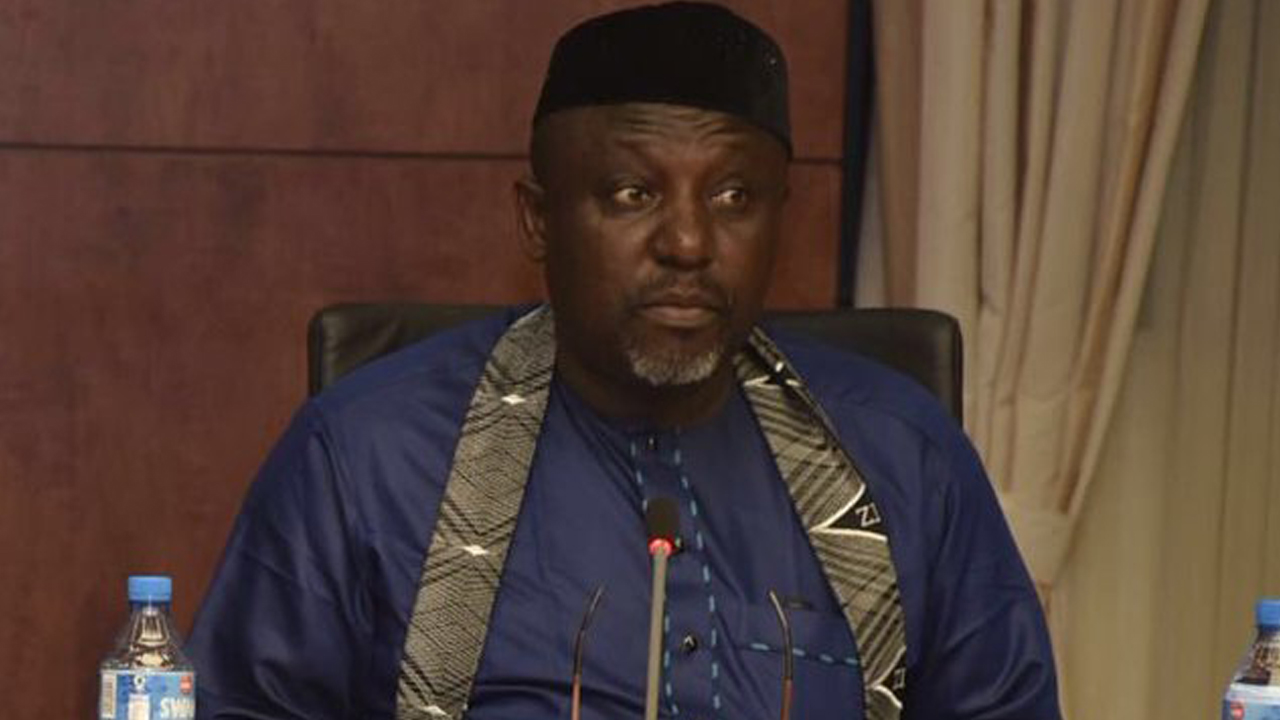 The lawmaker representing Imo West in the National Assembly, Senator Rochas Okorocha has called for the reduction in the number of senators representing various states, and the scrapping of House of Representatives in Nigeria.

Okorocha stated this while contributing to a Committee report on MTEF at the Senate’s plenary on Thursday, October 3, 2019.

The senator stressed that if his proposition was implemented, it would help to reduce the cost of governance in the country, stating that it would further help the country maintain fiscal discipline.

“Mr. President of the Senate, distinguished colleagues, let’s tell ourselves the truth. Look at the number of House of Representatives members and Senators. ”

“Our country provides that we have three Senators, but what are the three Senators per state doing that one single senator from that state cannot do?

“What is too important that a House member is doing that a Senator from the same state is not doing?”

“It is time for us to sacrifice and I want to say that a Senator is enough to represent a State in order to cut cost. We must do sacrifice for the nation. ”

“This country must begin to make sacrifices; With over 300 representatives from the states, each of them creates increased demands from the economic system.

“What we need to have under the present ugly economic situation is have a statutory representative one per state to reduce the cost of governance.

The Senate President, Ahmed Lawan, in his reaction, advised Sen. Okorocha to formulate a constitution-amendment bill to back up his contribution. He said:

“You have the opportunity to present a bill to seek for the amendment of the relevant sections of the constitution that provides for three senators per state.”