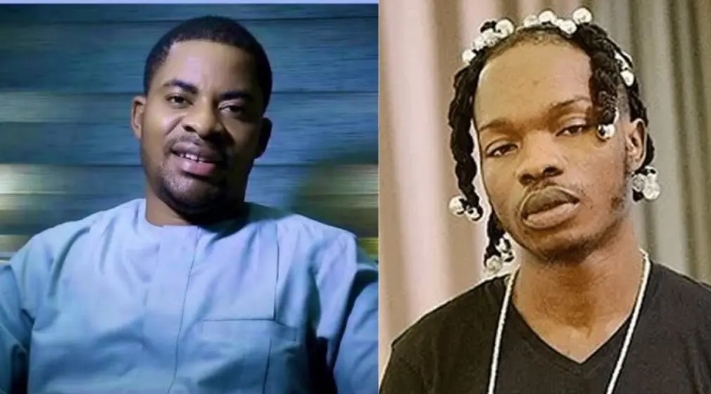 Human rights activist, Deji Adeyanju has called out Nigerian Musician, Naira Marley, telling him he is a nuisance to himself and the society at large.

Naira Marley had shared a video on Twitter of a man hitting a lady’s bum as he sings the musician’s song ‘Opotoyi’.

Commenting on the video, Deji lashed out at Naira Marley saying: “You are a nuisance to yourself and the society at large”.

This coming after Naira Marley had claimed he is the problem of Nigeria and not the government, police of officials of the Special Anti-Robbery Squad (SARS).

Naira Marley, who is under trial in court over alleged internet fraud and credit card fraud, said that if he was a bad influence, he was trying to figure out what influenced him to be bad.