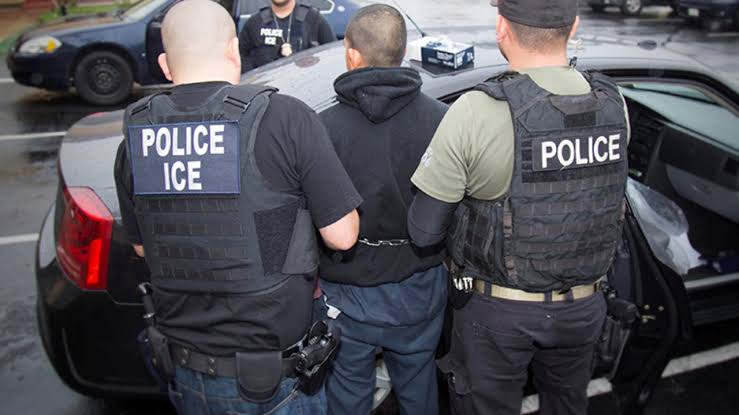 Not less than 250 foreign students have been arrested in the United States of America after enrolling in a fake Michigan university deliberately set up by the government to burst immigration scam.

Daily Mail reports that the fake school set up by the Immigration and Customs Enforcement (ICE) designed to target students who were staying in the US illegally.

The university offered a ‘dynamic business administration and STEM curriculum’ program, but the students, mostly from India, ‘knew that they would not attend any actual classes, earn credits or make academic progress towards an actual degree’.

In March, it was announced that 161 Indian students had been arrested by ICE and now a further 90 have joined them, making a total of 250.

Most of the arrested students have all been slapped with charges of immigration and visa fraud.

ICE officials told the outlet that out of the 250 students, “nearly 80% were granted voluntary departure and departed the United States,” while other 20% of students caught up in the sting have either received official deportation orders or are fighting in court to stay in the United States.

It is further reported that seven out of eight individuals who prosecutors identified as recruiters for the fake university have pleaded guilty to charges.

They admitted to facilitating a conspiracy to commit and facilitate visa fraud by helping nearly 600 students obtain falsified transcripts and records from the university to secure student visas.

According to the grand jury indictment filed against the eight recruiters, “the University was being used by foreign citizens as a ‘pay to stay’ scheme which allowed these individuals to stay in the United States as a result of foreign citizens falsely asserting that they were enrolled as full-time students in an approved educational program and that they were making normal progress toward completion of the course of study.”

The fake university which was created in 2015 as a component of “Operation Paper Chase”, was part of a wider crackdown on illegal immigration and visa fraud.

Related Topics:gistICEImmigrationNewspolicePoliticsstudentsUnited StatesWorld
Up Next

Border Closure: “We Are Dying” – Ogun Communities Cries Out To President Buhari