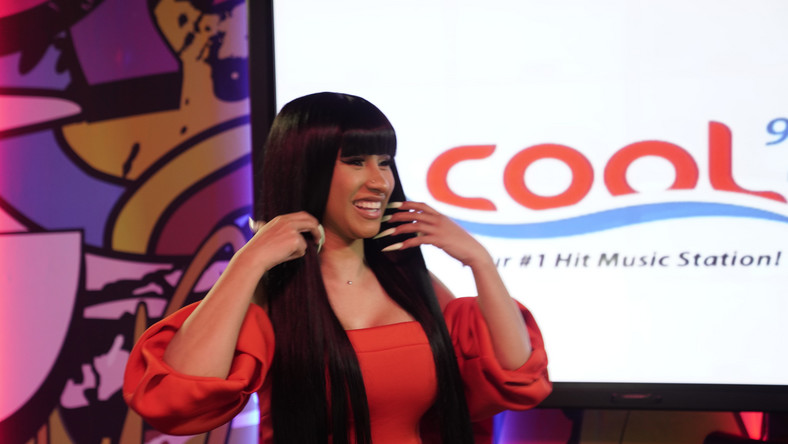 Popular American rapper, Cardi B confirmed speculations about the current viral video that shows her dancing to her own remix version of Davido‘s hit single “Fall”.

Cardi B had shared a video of herself grinding and whining to Davido’s ‘Fall’ while flying to Nigeria in a private jet.

After the video went viral, a lot of Nigerians doubted the authenticity of the song and claimed it was a cover.

However, during her interview with Cool FM 96.9, Cardi B confirmed that it was actually a song that was never released.

According to her, she recorded the song ‘Fall (Remix)’ as far back as 9 months ago, but her record label did not allow her to drop it yet.

“We did it (Fall) like a while ago and my label was like giving me a hard time, we had a very big argument cos we really wanted that to come out but…” she revealed.

The Grammy awards winner praised self-acclaimed African Giant and labelmate, Burna Boy for his raw talent and she revealed his 2018 single ‘Ye’ is “one of her favourite songs”.

“I was telling the heads of Atlantic that that song (Ye) is huge, it’s amazing,” she said.

Speaking on what she likes about Nigeria, the mother of one likened Lagos to New York by saying,

“There are so many people and it’s like New York,” She exclaimed.

Cardi B also revealed that she now has a Nigerian name and Taymi B helped her pick one for her daughter, Kulture which is ‘Ayo’.

KanyiDaily had reported that Cardi B gave herself a Nigerian name ‘Chioma B’.