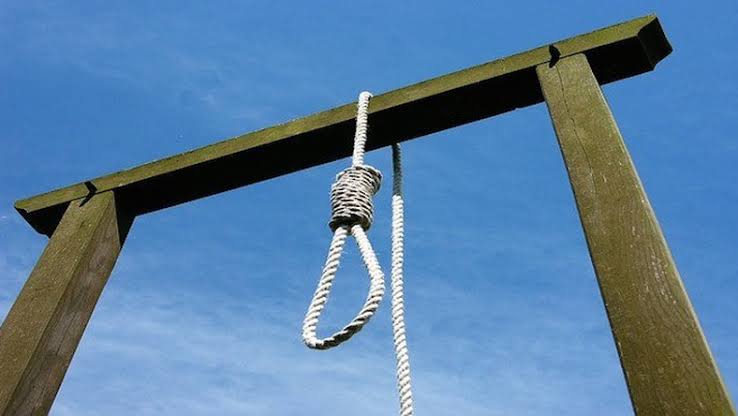 A middle-aged man identified as Umaru Muhammadu Jauro, has been convicted and sentenced to death by hanging for stabbing his father, Umar Mohammed Jatau, inside Mai’aduwa mosque while observing prayer over a domestic misunderstanding in Misau local government area of Bauchi State.

In a judgment by Justice Aliyu Baba Usman, the State High Court on Thursday sentenced Umar to death by hanging having heard from the prosecution and the defense counsels. He ruled that “the death of the victim was as result of the act of the accused and the prosecution counsels has proved their case beyond reasonable doubt.”

He said​​ the accused was found culpable of homicide, which is punishable with death under Section 221 of the Bauchi State penal code laws.

Umaru reportedly stabbed his biological father with cutlass on his back and head before swiftly ran out of the scene and was arrested by some youths in the area.

Justice Usman said the Chief State Counsel, Hussein Ishaq Magaji told the Court that the deceased sustained injuries and was rushed to the Misau General Hospital where he died a day after the incident, he said the action violated section 221 of the state penal code.

He said the accused during the trail, denied and pleaded not guilty to the offence leveled against him by the prosecution counsel. He added that​​ ten witnesses in their separate statements recorded by the Police during investigation were attached to the documents before the Court.

The convicted, a father of three –two males and a female claimed that his father (the deceased) contributed to the separation him from his wife and caused hostility among him and his siblings.