There is drama in Benue State as a phone conversation which is alleged to be between Mr Samuel Ortom, the Governor of Benue State and his political godfather Senator George Akume got leaked and it’s trending online.

In the phone call between the two politicians which they reportedly had two weeks ago, the governor was heard telling senator Akume 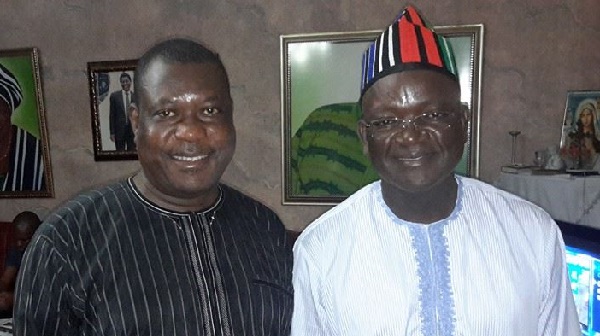 Senator Akume, the current minister for Special Duties and Inter-governmental Affairs was the governor of Benue state from 1999 – 2007 before he handed over to Senator Gabriel Torwua Suswam.

In their very heated telephone conversation few days ago, Governor Samuel Ortom advised the minister to be very careful in the manner he speaks to the elders in the state, especially traditional rulers.

He reminded Senator Akume how he publicly tongue-lashed the Paramount Ruler of the Tiv land, Tor Tiv James Ayatse, who he recently called “King of Politics”.

The governor who was annoyed with the minister for always insulting his wife begged the minister to stop talking rudely while referencing his wife First Lady Eunice Ortom, anytime he wants to insult him for political reasons. He reminded him that politics is nothing but a game of interest and not a do or die affair.

Governor Ortom, according to the recorded audio of their conversation also advised Akume to stop calling him a thief since he hasn’t stolen anything from the purse of the Benue government since he became governor in 2015.

READ: I Was A Billionaire Before Becoming Governor” – Ortom Reacts To Akume’s Allegation

In his response, senator Akume asked Ortom why shouldn’t he call him a thief or insult him whenever he likes?

Reacting to that, Ortom said to Akume:

”You are a big thief. Didn’t you steal two billlion belonging to Benue government in 2007. I was the one that stopped the case against you then but now, I will re-open the file so that everyone in Benue will know who is a thief between you and I.

“I helped you to win your senatorial election in 2015 when I came to join you in APC. It was my help that gave you victory, and that was why you couldn’t win again in 2019 because I left you and your party.

In his reaction, an angry Akume replied Ortom that it was not his influence, help or support that made him win his senatorial election in 2015 but, the governor replied that it is clear that the minister failed to win his election in 2019 because he left the APC.

Furthermore, Governor Ortom told senator Akume in the telephone conversation that it was him that’s preventing him from performing in his first term in office by collecting Benue’s monies from him with force, noting that he has been performing by paying salaries promptly, doing capital projects and bringing development to Benue state since he parted ways with the minister.

It is not yet clear who among the two men leaked the phone call but Benue indigenes online are alleging it must have been leaked by someone in governor Ortom’s team.

Three days ago, governor Ortom narrated how he escaped Fulani herdsmen who attacked him in his farm. He was shot at but miraculously he escaped. He expressed worry and concern at the level of sophisticated weapons carried by the herdsmen. He said the herdsmen are more equipped than the security operatives who should be fighting them. 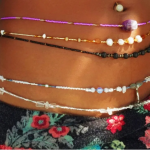