The Senior Special Assistant to President Muhammadu Buhari on Media and Publicity, Garba Shehu has mocked Benue State Governor, Samuel Ortom, over unpaid salaries and pensions in his state. 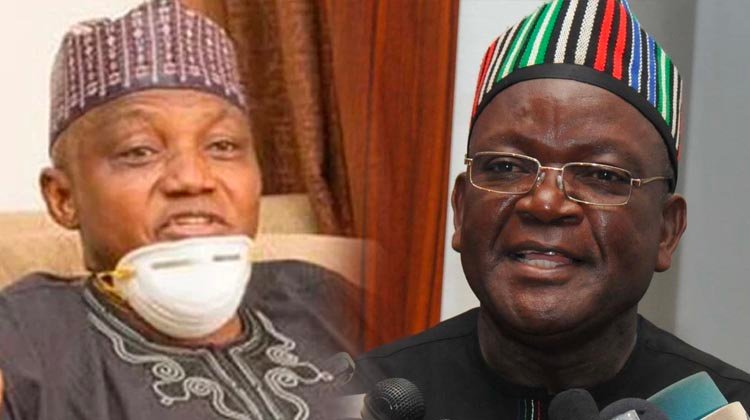 During a recent interview with Arise Television, Ortom had said the All Progressive Congress (APC) has ruined Nigeria and that citizens regret voting Buhari into power.

Governor Ortom claimed that he’s owing Benue workers’ salaries because he inherited over N70 billion arrears of pensions, salaries, and gratuities from his predecessor and despite that, he is trying his best.

Reacting in a statement on Tuesday, Garba Shehu ranked Ortom among the league of “failed politicians who blame others for their challenges,” noting that the governor currently holds the country’s longest record of unpaid salaries and pensions.

Shehu said Ortom “inherited unpaid salaries and pension arrears” and rather than find a way to raise funds to pay them, “he blamed the President who didn’t owe federal workers for his woes.”.

The statement read: “There are two types of politicians in Nigeria today. The first are politicians who are leaders that offer solutions to the challenges facing the voters and the country. They bring forward policies, and implement them, to improve the lives of others.

“The second, politicians who offer excuses for the challenges voters face. They avoid ideas and instead blame others for problems they have either not solved or have themselves created.

“President Muhammadu Buhari is a leader. He inherited a treasury that had been emptied by previous administrations – and he sought and succeeded in repatriating billions of dollars of stolen funds from overseas.

“His administration discovered more than 500,000 bank accounts operated by Ministries, Agencies and Departments. In these accounts, the money belonging to the government was kept.

“Same government agencies went to the banks to borrow money kept by sister agencies at exorbitant interest rates. What is more, some of the signatories had left the service or were “unknown” and so no one had access to the funds.

READ:  This Female Native Doctor Claims To Have The Best Solution For Women To Satisfy And Make Their Men Happy In Bed

“MDAs are now compelled to use the Treasury Single Account, TSA, domiciled in the Central Bank of Nigeria. And the President brought forward the first and only plan to address farmer-herder clashes in 100 years, supporting states to rediscover grazing reserves and create ranching lands that have successfully reduced tensions while increasing harmony and saving lives.

“Governor Samuel Ortom, office holder, is that other politician. He inherited unpaid salaries and pension arrears – and rather than find a way to raise the funds to pay them, he has blamed the President.

“This is a President who has not failed to pay the salary of those working for the federal government and declared the failure of states to do so “a national disaster.”

“To avert this, he had, at various times lent money to the states in excess of N1.682 trillion, and Benue, Mr Ortom’s state did not miss out on all occasions: Salary Bailout, Excess Crude Loan and Budget Support loan, each repayable in 20 years. Lagos for instance didn’t collect any of the loans.

READ:  APC Youths Attack Kwankwaso In Kogi, Haul Sachets Of Water And Stones At Him

“A few other states declined to take one or two. Mr Ortom, an office holder who collected on all occasions, currently holds the country’s longest record of unpaid salaries and pensions, has no reason, absolutely no reason, to blame President Buhari for the mess in which he put his state and its workers.

“Having first come claiming that his predecessors created the arrears, it was his business to prove that he was better by paying. Instead of doing that, he joined them! And while he runs up even further salary and pension debts on top of those he was bequeathed, instead of respecting the voters who elected him to office, he publicly attacks them in unprintable words and has raised his own thuggish militia to harass and violate them.

“The Governor now claims the voters wish to be “rescued by the PDP” and “regret voting for Buhari.” The voters, of course, will not be asked to vote for the President again because – as a leader – President Buhari and the All Progressives Congress, APC respect term limits and the constitution, and will stand down next year at the end of his second democratically elected mandate.

“It seems unlikely, however, that any voter would seriously consider it possible to be “rescued” by a party that would today, allow a politician such as Governor Ortom in its ranks.

“What is certain, however, is that Nigeria has had enough of failed politicians who blame others as a diversion for their inability to improve citizens’ lives.”

KanyiDaily recalls that Governor Ortom had claimed that the worst military government in Nigeria is better than the current President Buhari-led administration. 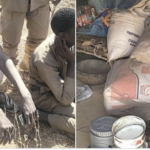 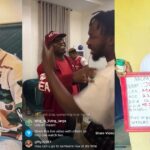