Former President, Olusegun Obasanjo has been filmed showing off his moves while dancing with Nollywood actress, Adedoyin Kukoyi, at a birthday party on Saturday.

Obasanjo Show Off His Dancing Skills

In a video shared on social media, the 84-year-old ex-president could be seen exuding teenage energy while dancing with Kukoyi who requested that he join her on the dance floor.

While the multiple talking drum was offering rhythm to the Yoruba song, Obasanjo did a spinning move on the dance floor that sent the audience salivating for more.

But just when the drum wanted to start rolling in earnest, the forme president paused and stormed off the dancing floor in his usual funny fashion.

Sharing the video on her Instagram page, Adedoyin Kukoyi wrote: “I requested for a dance and without hesitation, he granted me. Ladies and gentlemen, my dance with the former Nigeria president, Chief Olusegun Okikiola Aremu Obasanjo.”

KanyiDaily had also reported how Olusegun Obasanjo was caught on camera thrilling his kinsmen and other dignitaries with cultural dance steps at his native Ibogun Olaogun village, Ifo Local Government Area of Ogun State.

READ:  Native Doctor Causes Stir As He Goes Shopping With His Girlfriend In Full Regalia in Benin [Video] 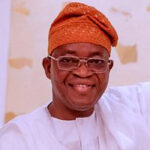 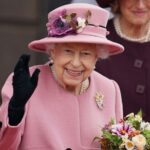