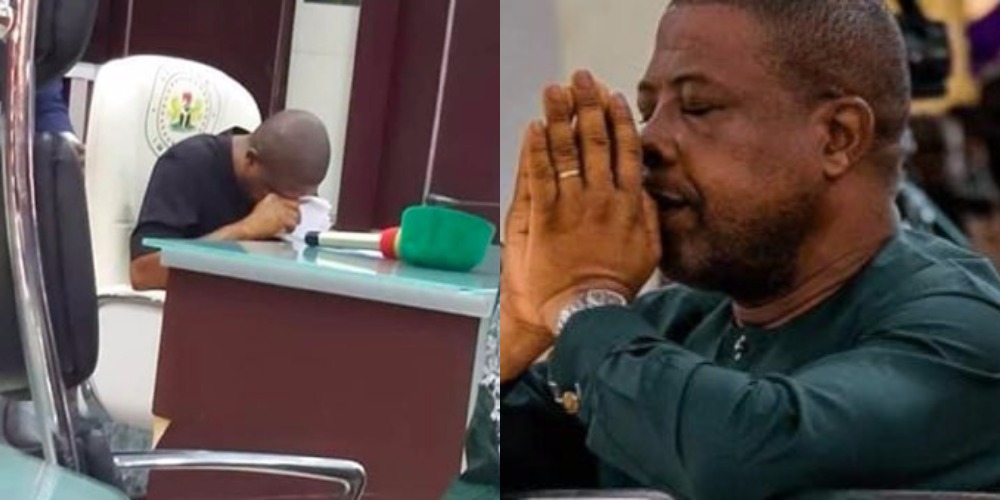 The court declared that the votes due to Senator Uzodinma, which was unlawfully excluded from 318 polling units, be added to his votes.

With the results from the 388 polling units added, Uzodinma polled majority of the lawful votes and was declared winner of the 2019 governorship election by Justice Kudirat Kekere-Ekun.

According to a Facebook User, Rochas Rochas, Governor Ihedioha wept over the development. 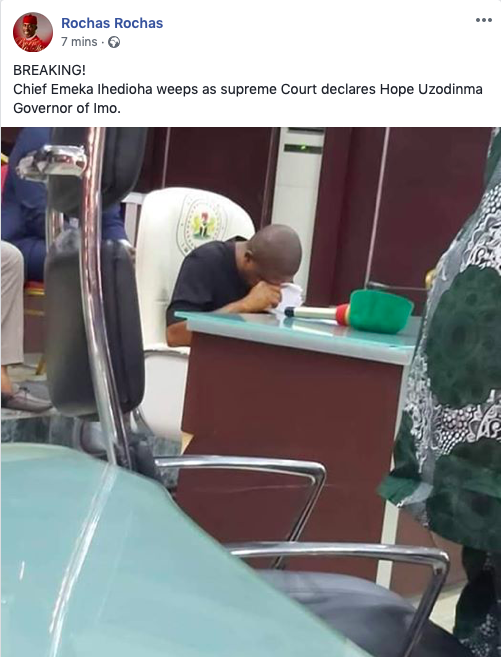 Meanwhile, Reverend Father Ejika Mbaka is currently trending on Nigeran Twitter because his New Year prophecy has come to pass.

During his new year message, the Spiritual Director of Adoration Ministry in Enugu State declared that Hope Uzodimma will take over Imo State. 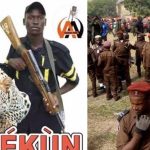 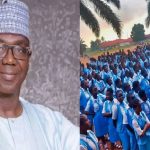