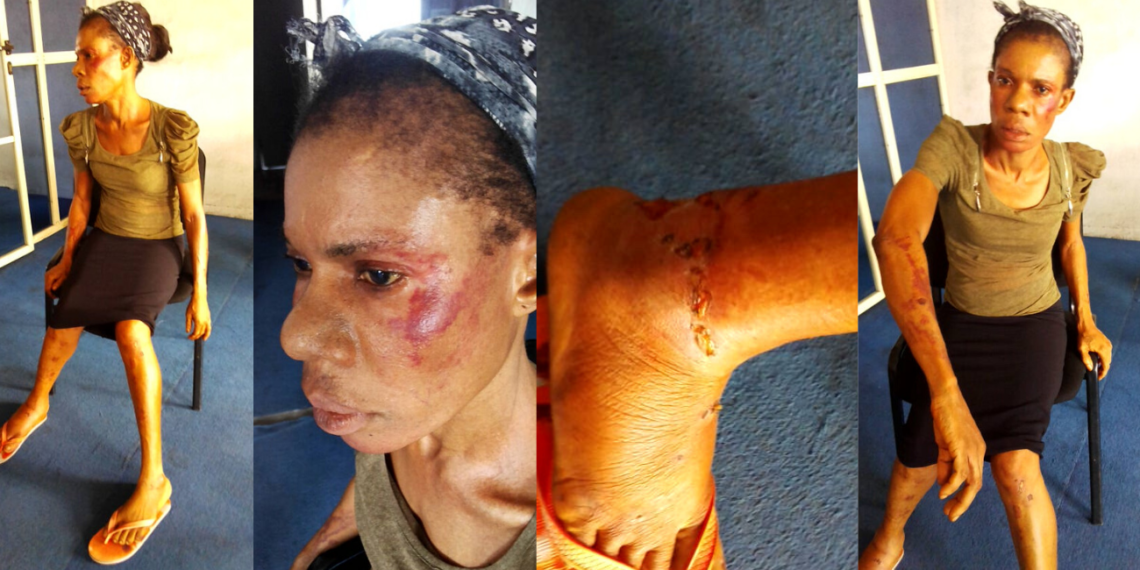 Ibok, who heads the Ekpan Police Division in Uvwie council area, was alleged to have arrested the duo and their widowed mother, Mrs. Lucy Okoro, afterwards.

Speaking with reporters on Tuesday, Mercy alleged that one of their tenants, Andrew Obas, had invited the police to their home.

She said he (Obas) was owing her family three months’ rent and they had given him until the fourth month after which his failure to pay, forced them to issue him quit notice.

“We gave him four months which elapsed this January, but he refused to pay. We asked him to pack out, instead, he brought armed policemen.

“They bundled my sister and I into their patrol van and took us to the police station. I never knew it was the DPO at first. He asked if we were the people causing ‘wahala’? So I asked my mother to join us in the cell. That was when he slapped me until I fell on the ground and fainted.

“The policewoman at the counter sprayed teargas into my eyes. I thought I was already blind. At night, he (DPO) and some men came and rained abuses on me,” Mercy alleged.

She appealed to the government, human rights organisations and the international community to take up the matter and ensure “justice” is served.

Adding her voice to her daughter’s call for justice, the widow called on the government and well-meaning individuals to come to their aid and expose the oppressive act of the police.

The National Chairman of the Human Rights Defenders Organisation, Sir Casely Omon-Irabor (Esq.), said that the establishment was contacted on the issue.

“We sent two of our lawyers to go and find out and we discovered that the police stripped the first daughter of the widow naked. Our lawyers tried to intervene but they didn’t listen to him,” Omon-Irabor said, adding that it was when “I told him that I have him on photographs and video” that he pushed for settlement.

The Ekpan Divisional Police Officer, SP Ibok Asanenyi, denied the allegations levelled against him, saying: “It is not true.”

He said he was not around when the incident occurred, let alone stripping the girl naked.

“As I am speaking with you, this is the second time a journalist is calling me. He wanted to reach me because of what one human rights person alleged.

“But when he could not get me, he just made his inquiry and discovered that it is not even true because the DPO even told him that he was not there at the station when the matter was reported.

“Some of these things, what you need to do is that you first contact the person that the allegation was made against. As I am talking to you now, we did not record anything like this,” Inuwa said.