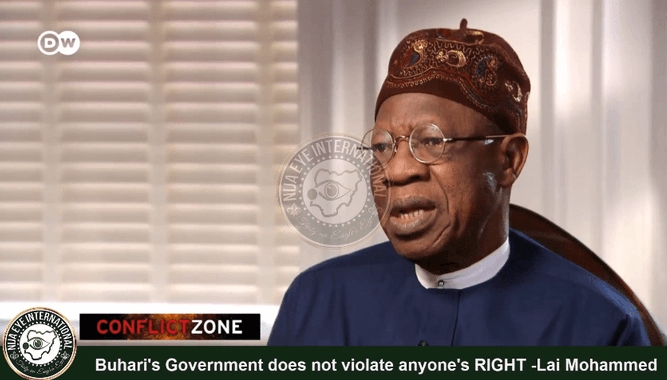 Despite the abundance of proofs about its existence, Minister of information, Lai Mohammed, as usual vehemently denied that Protection from Internet Falsehood and Manipulation Bill 2019, also know as Social Media Bill, exist in the National Assembly.

The social media bill, which was sponsored by Sen. Mohammed Sani Musa, passed the first and second readings at the Senate amidst public outcry because it gives sweeping power to the government to clamp down on critics and also shut down the internet.

But Lai Mohammed during a video interview on DW with Tim Sebastian, a British journalist, in London, said there’s no such bill before the Nigerian Senate.

When provided with intentional reports about the bill and its draconian provisions, the minister said that the bill was not submitted by the executive.

Before his boldface denial to DW, Mohammed told a meeting of the Guild of Corporate Online Publishers in Abuja, days before the bill passed second reading, that the government was intent on seeing the bill become a law to clamp down on the proliferation of hate speech and fake news. He reiterated the government’s position at different times.

“As I have said many times, no responsible government will sit by and allow fake news and hate speech to dominate its media space because of the capacity of this menace to exploit our national fault lines to set us against each other and trigger a national conflagration,” Mohammed said. 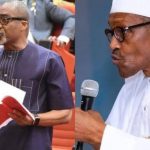 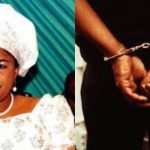