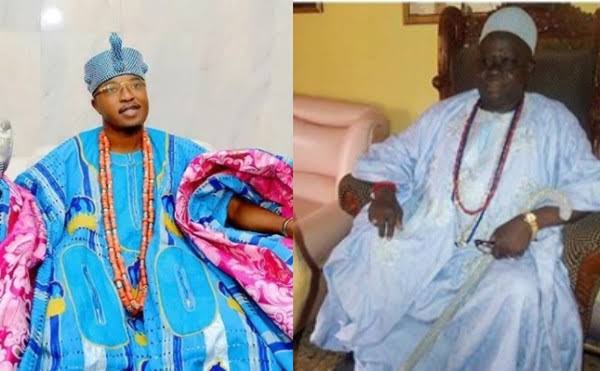 The Oluwo of Iwo, Oba Abdulrasheed Akanbi has been accused of beating up the Agbowu of Ogbagbaa, Oba Dhirulahi Olaniran, during a peace meeting to resolve a land tussle among monarchs within Iwo axis.

Another monarch, Oba Adetoyese told newsmen they were invited to a meeting in the office of the Assistant Inspector General of Police (AIG) Zone 11 Bashir Makama, following a petition against them by the Oluwo of Iwo, who had accused them of selling land in his domain.

During the peace meeting which had other monarchs, top police and government officers in attendance, Oluwo of Iwo allegedly stood up from where he was sitting and descended on Agbowu of Ogbagbaa,0, inflicting serious injuries on him. Oba Adetoyese said:

“In October last year, the Oluwo wrote a petition against us to the Assistant Inspector General of Police that royal fathers were threatening his life and selling his land.

“Then AIG Oyebade warned that he would not condone any form of trouble from our area. He directed that we should have a meeting and resolve the issue. We also saw the governor and he gave same instruction. A peace meeting was fixed for Iwo Local Government Area secretariat. That day, he (Oluwo) disrupted the meeting. He came with thugs.

“When government observed that the first meeting did not yield good result, another meeting was fixed for 9am today (Friday). Letters were sent, inviting us to the meeting.

During the meeting on Friday, Oluwo accused me (Oba Adetoyese) of selling his land, and raised same allegation against Agbowu of Ogbagbaa, Onigege of Gege. I told the meeting that I did not sell Iwo land.

“The Commissioner (for Local Government) told us that since the matter had to do with land, he could not intervene. He advised that parties should approach the court to decide on the matter or meet the governor.

“AIG was still speaking to us on the position of the commissioner on the matter, when Oluwo started shouting that there would be chaos.

“He suddenly left his seat and pounced on Agbowu. He punched him several times and it was the AIG that rescued him from Oluwo.

“We were all shocked that a king would behave in that manner. When Agbowu was feeling dizzy, we had to rush him down here in Asubiaro Hospital. He sustained injury on his cheeks.

“We are demanding that the Osun State governor should immediately suspend Oluwo to prevent reoccurrence of such an incident.”

Confirming the incident to journalists at the Osun State General Hospital in Asubiaro, Osogbo, where the assaulted monarch was receiving treatment, the Olu of Ile-ogbo, Oba Agbaje Habeeb Adetoyese, said the development came as a shock to everyone at the meeting.

“This is indeed a bestial conduct that is highly unbecoming of an ordinary individual, let alone a royal father. How could a monarch of Oluwo status descend so low to the level of physically assaulting another king in the presence of AIG; this is strange to say the least.

” He just stood up from where he was sitting without any provocation and started beating a revered monarch from Ogbaagba, it was the AIG himself that rescued the monarch from him.

“We are calling on Governor Oyetola to quickly suspend Oluwo with immediate effect, keeping him on that throne portends great danger to other kings and the state at large”.

Reacting to the allegation through a phone conversation, Oluwo simply said”, there is no issue at all, I wonder why they are so sensational about the issue, we would take care of it, why are they inviting you guys over such an issue, I don’t think it is necessary.” he said

However, when contacted Oluwo of Iwo, Oba Akanbi, said he only defended himself when Agbowu of Ogbagbaa, Oba Olaniran, wanted to attack him during the peace meeting.

“At the peace meeting held at the AIG’s office, Agbowu of Ogbaagbaa interrupted me while making my speech and called me unprintable names, pointing his staff of office at me while attempting to stick the staff in my eyes, which was heavily rejected with force which Agbowu could not withstand.

“How could a constable openly insult commissioner of police and make attempt to beat the CP? Can any monarch try such with the Ooni, Alaafin,” Oluwo queried.

This is coming months after Oluwo of Iwo, Oba Akanbi revealed how Nigeria can use local charms to retrieve millions from the US treasury. 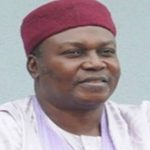 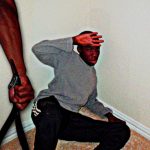