The senior pastor of Temple International Church in Lagos, Harry Uyanwanne and his wife, Oluwakemi, were remanded in prison custody by an Ikeja Special Offences Court, Lagos, for allegedly stealing to the sum of N63.5 million belonging to one late Mrs Odemuyiwa Janet Adeola.

The couple were arraigned on Tuesday by the Economic Financial Crime Commission (EFCC) before Justice Mojisola Dada on a seven counts charge of conspiracy, stealing and obtaining money by false pretence.

After selling it, the defendants dishonestly converted the sum of N10 million being proceeds of the property of late Mrs Odemuyiwa Janet Adeola to their own use.

The couple, however, pleaded not guilty to the alleged offences slammed against them by the commission.

In view of their plea, the prosecutor asked the court to remand the defendants in the prison custody.

Justice Dada, thereafter, remanded the defendants in the medium correctional facility and adjourned the matter until May 5, 2020, for trial.

ALSO READ: Pastor Kills Girlfriend For Refusing To Buy Tricycle For Him, Steals Her N2 Million In Enugu 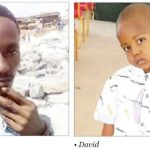 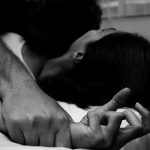