The General Overseer of Resurrection Praise Ministries for Africa alias Jehovah Sharp Sharp, Archbishop Samson Benjamin, was arrested on Tuesday by the police for defying the coronavirus (COVID-19) lockdown order to protest at the Chinese Embassy in Lagos State. 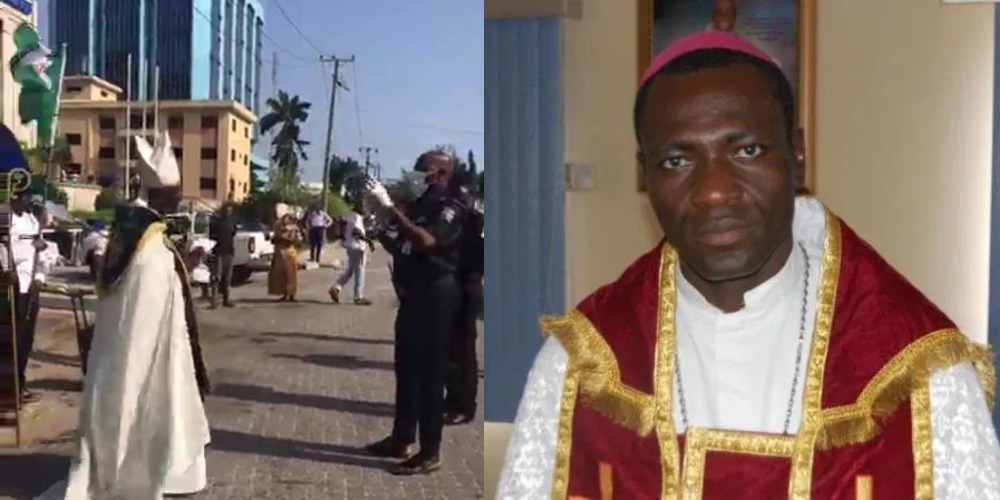 Bishop Benjamin was alleged to have led about 100 persons to the Chinese Embassy in Victoria Island to protest against the inhumane treatment of Nigerians and Africans at large in China.

The cleric protested that the Chinese were operating freely in Nigeria despite that COVID-19 started in their country, but have chosen to maltreat Nigerians and other blacks in China.

It was gathered that officials of the embassy sent a video clip of the alleged invasion to the police which prompted operatives from Victoria Island Division to move to the scene to effect the arrest.

A police source who spoke on anonymity said the cleric was being detained at the State Criminal Investigation and Intelligence Department, (SCIID), Yaba and may be arraigned in court on Wednesday.

However, during interrogation, he was said to have denied invading the embassy with over 100 persons, maintaining that he only went there to express his displeasure over the ill-treatment of Nigerians in China.

Below is the moment he was being confronted by police:

Meanwhile, KanyiDaily had reported how there was tension in Delta State after policemen shot a young man on his buttocks during a protest over the extension of coronavirus (COVID-19) lockdown by the state governor, Ifeanyi Okowa.