Nigerian legendary drummer, Tony Allen, who is credited with creating Afrobeat along with his old bandmate Fela Kuti, died suddenly at the age of 79 in Paris, France, on Thursday. 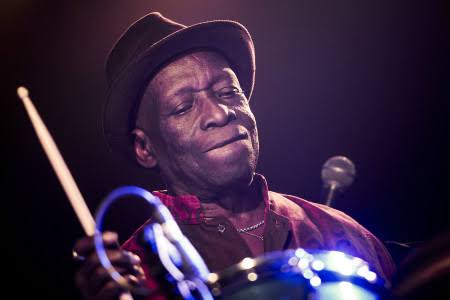 Allen’s manager, Eric Trosset, who confirmed his departure said they don’t know the exact cause of death, adding it was not linked to the coronavirus.

“He was in great shape, it was quite sudden. I spoke to him at 1pm then two hours later he was sick and taken to Pompidou hospital, where he died,” Trosset said.

Allen was born in Lagos in 1940 and was regarded as one of the founders of Afrobeat. He was the drummer and musical director of Fela’s band Africa ’70 in the 1960s and 70s.

Fela once stated that, “Without Tony Allen, there would be no Afrobeat.” Allen has also been described by Brian Eno as “perhaps the greatest drummer who ever lived”.

Allen taught himself to play drums from the age of 18, drawing inspiration from the US jazz greats Dizzy Gillespie and Charlie Parker, as well as contemporary African music.

During that time the pair created Afrobeat, combining west African musical styles such as highlife and fuji music with US jazz and funk. Afrobeat went on to become one of the totemic genres of 20th century African music.

Over Allen’s thrilling beat, Kuti laid out his revolutionary and pan-African message, which led him to become one of the abiding icons of the struggle for freedom across the continent.

Allen and Kuti recorded some 40 albums together as Africa ’70, before parting ways after a mythic 26-year collaboration. Such was the hole that Allen left in his band, Kuti needed four drummers to replace him.

Artists including Major Lazer, Gilles Peterson and Flea have paid tribute to Allen on Twitter, with the rapper Biz Markie describing him as “an all-time titan spanning continents, eras, and sounds.

“He didn’t just invent new pockets, he was a sorcerer who fundamentally and effortlessly redefined rhythm.”

The epic Tony Allen, the greatest drummer on earth has left us. What a wildman with a massive, kind and free heart and the deepest one-of-a-kind groove. Fela Kuti did not invent afrobeat, Fela and Tony birthed it… https://t.co/qXqMAP7QzT

RIP TONY ALLEN. THE GOAT AMONGST GOATS. DO YOUR RESEARCH. LEGENDS NEVER DIE. THE INVENTOR OF RHYTHM #Afrobeat

He just dropped this incredible album with Hugh Masakela last month. Tony Allen was an all-time titan spanning continents, eras, and sounds. He didn't just invent new pockets, he was a sorcerer who fundamentally and effortlessly redefined rhythm. https://t.co/55aD8lwcWk 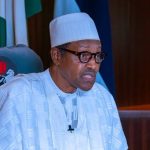 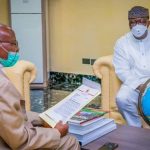