Kylie Jenner has lost her billionaire status after being accused by Forbes of inflating the size of her business and success.

KanyiDaily recalls that Kylie Jenner, who is now 22, was named last year by Forbes as “The Youngest Self-Made Billionaire Ever”.

According to Forbes, she had made millions from her company, Kylie Cosmetics, which she later sold a 51% stake to the beauty company Coty in a deal that valued her company at $1.2 billion.

However, the publication have now accused her of “lying about company figures and forging tax returns’ to reach the billionaire status in a new story titled “Inside Kylie Jenner’s Web of Lies – And Why’s She’s No Longer a Billionaire”.

Forbes compared Kylie to Donald Trump’s “decades-long obsession” with his net worth, noting that Jenner and her mother, Kris Jenner, inflated their wealth in documents they provided to the publication about Kylie’s personal wealth and her company’s revenue.

“The unusual lengths to which the Jenners have been willing to go—including inviting Forbes into their mansions and CPA’s offices, and even creating tax returns that were likely forged—reveals just how desperate some of the ultra-rich are to look even richer,” Forbes states.

In January 2020, Kylie sold 51% of her Kylie Cosmetics to the beauty company, Coty, in a deal valued at $1.2 billion. Kylie and Coty both boasted about the deal in the press.

And Forbes now think that Kylie, even after pocketing an estimated $340 million after-tax from the sale, is not a billionaire.

Forbes claims that filings released by publicly traded Coty over the past six months reveal Kylie’s business is significantly smaller and less profitable than the family has spent years leading the cosmetics industry and media outlets to believe.

“Revenues over a 12-month period preceding the deal: $177million according to the Coty presentation, far lower than the published estimates at the time.

“More problematic, Coty said that sales were up 40% from 2018, meaning the business only generated about $125 million that year, nowhere near the $360 million the Jenners had led Forbes to believe.

“Kylie’s skincare line, which launched in May 2019, did $100 million in revenues in its first month and a half, Kylie’s reps told us. The filings show the line was actually “on track” to finish the year with just $25 million in sales.

“It’s clear that Kylie’s camp has been lying,” Forbes reported.

According to Forbes’ new calculations Kylie’s is worth just under $900million.

KanyiDaily recalls that Kylie Jenner had last year broken silence over the controversy surrounding her billionaire status. She insisted that she did not receive any money from her famous parents that would have aided in her achieving billionaire status. 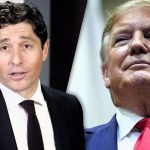