Kano State Governor, Abdullahi Ganduje has approved the appointment of Alhaji Kabiru Muhammad Inuwa as the new Emir of Rano.

He succeeds the deceased Emir, Alhaji Tafida Abubakar Ila II, who passed away on Saturday after a brief illness.

A statement on Tuesday by the governor’s Chief Press Secretary, Abba Anwar, said the appointment of the new Emir had taken effect from May 5, 2020.

Before his appointment, the 56-year-old new Emir was the District Head of Kibiya.

He served in the Nigerian Immigration Service before he was appointed as the Kaigaman Rano and later District Head of Kibiya, a position he held until his elevation to position of emir.

KanyiDaily recall that Rano Emirate Council is one of the four newly created Emirates by Ganduje on May 9, 2019. 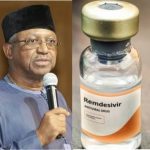 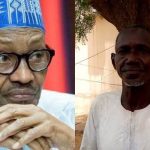