Gunmen suspected to be bandits have shot and killed the All Progressive Congress (APC) chairman of Batsari council area of Katsina state, Alhaji Abdulhamid Mamman.

Mammam was killed on Sunday afternoon, at about 2:45pm, after the gunmen besieged Sabon Garin Dunburawa village, where he hailed from.

Gunmen entered his home with the intention of abducting him and some of his family members, but he resisted.

A source said it was while the deceased was showing resistance that the gunmen shot and killed him.

It was gathered that his body has been deposited at the General Hospital in Batsari, with sources saying he might be buried later on Sunday evening.

The Police in a statement by the Spokesperson SP Gambo Isah said joint operations by men of the operation puff adder and sharan daji were ongoing in Batsari Local Government Area for possible arrests. 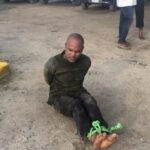 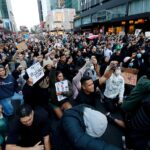