A Yaba Magistrates’ Court has freed a 15-year-old girl charged with murdering her father’s 51-year-old friend, Babatunde Ishola, who allegedly attempted to rape her in his home on Nwadolu Street, Aboru, Lagos State. 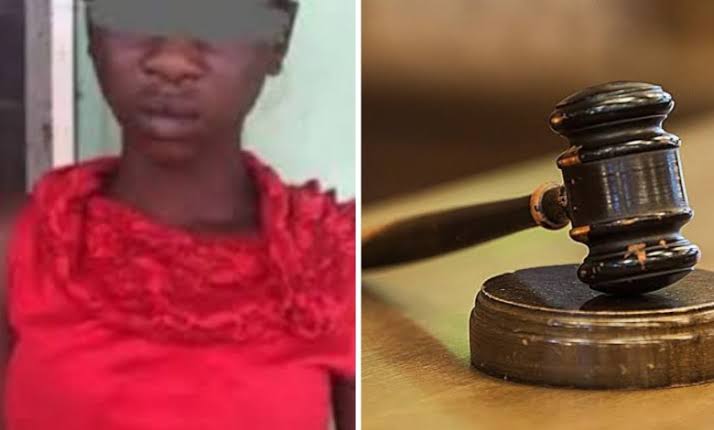 KanyiDaily had reported that  the teenage girl killed Ishola who was employed as a security guard at a school in the community, on Saturday, March 7, 2020.

In her statement to the police, the girl said that the deceased who is her father’s friend, invited her to his house to assist him in fetching water as he lived alone and that she had always been helping him with house chores.

She stated that on the day of the incident, while she was helping the deceased, he attempted to rape her. And in an attempt to defend herself, she picked up a knife and stabbed him, leading to his death.

ALSO READ: Politician Murders Wife, Then Commits Suicide After He Was Served With Divorce Paper

The State Criminal Intelligence and Investigation Department (SCIID) later dragged her to court for murder charges on March 24, 2020.

During the hearing on Wednesday, June 10, Magistrate Philip Adebowale Ojo struck out the murder charge filed by the police against the teenager following advice from the Lagos State Directorate of Public Prosecution (DPP).

Magistrate Ojo said he exonerated the girl because there were “insufficient facts to establish a prima facie case of murder against the teenager.”

He said the professionalism, diligence and timely advice of the DPP on the matter made it possible for the girl to be released, because no prima facie case was established against her.

“I appeal to anyone that has suffered any form of rights denial, abuse and violence to visit any of OPD office of OPD nearest to him or her for free legal service,” Martins added.

Speaking after the judgment, the teenager’s parents, Ojo and Funke (surnames withheld) thanked the Lagos state government and OPD for coming to their rescue with free services.

ALSO READ: 28-Year-Old Man Jumps Into Lagos Lagoon To Kill Himself After Being Dumped By His Girlfriend