Aisha Buhari, the wife of President Muhammadu Buhari, has called on the Inspector-General of Police (IGP), Mohammed Adamu, to release her assigned staffs who are in detention.

It was gathered that some staffs working for the First Lady were arrested and detained based on the orders of the Chief Security Officer (CSO) to the President, Idris Kassim.

According to SaharaReporters, a top aide to the President, Yusuf Sabiu aka Tunde, who had recently returned from another state, refused to self-isolate but forced his way to the Presidential Villa.

Mrs Buhari’s aides were said to have forcibly removed him from the Villa but Sabiu, who is one of the most powerful aides to the President, allegedly got the CSO to arrest the First Lady’s aides including her ADC, Usman Shugaba.

ALSO READ: “IGP Adamu Arrested My Father And Brother Because I Divorced His Friend” – Woman Cries Out

Reacting to the incident in a tweet on Friday, the President’s wife asked IGP Adamu to release her staffs in order to avoid putting their lives in danger or exposure to Covid-19 while in detection. She tweeted:

“That Covid-19 is real and still very much around in our nation is not in doubt. Consequently, I call on all relevant government agencies to enforce the Quarantine Act signed by Mr President and ensure no one is found violating this law and the NCDC (Nigeria Centre for Disease Control) guidelines, especially on interstate travel without the necessary exemptions for movement of essentials.

“Anyone who does that should at the very least be made to undergo a-14 day mandatory isolation no matter who the person is, no one should be above the law and the police command will do well to remember that.

“I call on the IGP to release my assigned staff who are still in the custody of the police in order to avoid putting their lives in danger or exposure to Covid-19 while in their custody.” 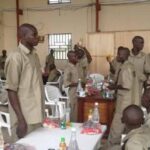 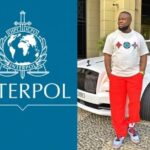