The Nigeria Centre for Disease Control (NCDC) has recorded 561 new cases of foronavirus, bringing the total number of infections in the country to 25,694.

In a tweet on Tuesday night, NCDC said the new cases were recorded across 18 states of the federation and the Federal Capital Territory (FCT).

Breakdown of the data showed that Lagos, Edo, and Kaduna states, including the Federal Capital Territory, recorded the highest COVID-19 cases in the past 24 hours.

The NCDC said 9,746 patients have been successfully treated and discharged from the isolation centres, while 590 deaths have been recorded.

READ:  Labour Party To Nigerians: Your Vote A Verdict On Poverty, Insecurity, Unemployment, Others

A breakdown of cases by state can be found via https://t.co/zQrpNeOfet#TakeResponsibility pic.twitter.com/rHxyMaAqmL

READ:  "I Only Advise Buhari, Not Doctate Him" - Mamman Daura Speaks On His Relationship With President 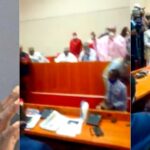 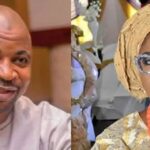