Kaduna State Police Command has arrested a female staff of the Nigerian National Petroleum Corporation (NNPC), Mrs Yemi Awolola, for allegedly torturing and sexually abusing a 14-year-old girl she took into custody from the Internally Displaced Persons(IDPs) camp in the state. 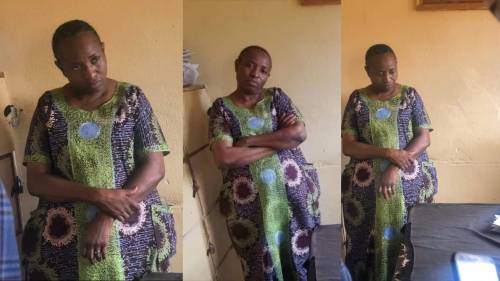 Kaduna Ministry of Human Services and Social Development, which disclosed this on its twitter handle said, Awolola collected the victim, Princess Michael, from her parents at an IDP camp in Kajuru local government area of Kaduna 15 months ago, on the agreement that she would be supported to go to school.

The Ministry said Awolola and some of her family members had consistently abused, battered and make Michael to sleep in the toilet and often times forced to drink pepper. It said:

READ:  "A Blackmailer Is Threatening To Leak My Nude Video" - Actor Raph Niyi Cries Out

“The Ministry is currently investigating a distressing news of child labour and physical violence by Mrs. Yemi Awolola a staff of NNPC group Kaduna on one 14-year old Princess Michael whom Mrs. Yemi keeps as a house help.

“Princess was given to Mrs. Yemi by her parents, upon agreement that she will be supported to go to school.

“For the 15 months of Princess’s stay with Mrs. Yemi, she has been consistently abused and battered. She is made to sleep in the rest room and often times is forced to drink pepper which Mrs. Yemi rubs on Princess’s body.

“Recently the case was brought to light when Mrs.Yemi and her family members used a lighter to burn Princess’s private part and also inserted same device into her vagina which landed Princess in a hospital in Barnawa.

“Sexual violence: Mrs. Yemi recently used a device into Princess’s vagina and used flames to burn her around the walls of her vagina. S.32 (1) of the CWPL considers this an offence & S.33 (2) states that she is liable on conviction to a fine of not less than N100,000 or imprisonment to a term of not less than 5 years, or both.

“Princess Michael will get justice for all Mrs. Yemi and her family have done to her. And every other would-be criminals like her who think they can abuse a child in Kaduna State and go free, should please try and see. No one hides for long,” the Ministry assured.

KanyiDaily recalls that a similar incident happened in Kogi State where a woman was arrested for touring and pouring hot water on the body of her young maid in Lokoja. 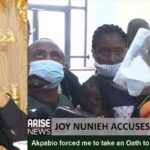 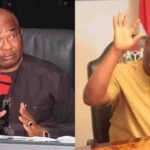