American rapper, Kanye West has kicked off his presidential campaign, promising a payment of a million dollars for everyone who has a baby, if he becomes the next president of United States. 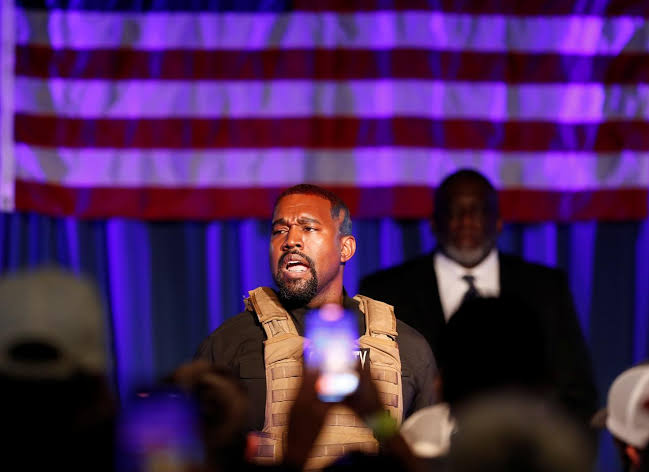 In a lengthy speech to an audience in North Charleston, South Carolina, on Sunday, July 19, 2020, Kanye West spoke about topics such as abortion, religion and international trade.

Wearing a bullet-proof jacket marked “security” and with 2020 shaved onto the back of his head, 43-year-old rapper invited a couple of young women from the audience to speak on stage about issues that concerned them, such as education inequity and police brutality

Kanye West said abortion should be legal but that there should be more support for those who need it, noting that financial incentives for struggling mothers could lower the demand for it. THe added:

As an example, the rapper: “Everybody that has a baby gets a million dollars.”

“The only thing that can free us is by obeying the rules that were given to us for a promised land.

“Abortion should be legal because guess what? The law is not by God anyway, so what is legality?” he asked.

Kanye West broke into tears talking about what he said was his father’s desire to abort him, and his wife having their first child ‘even when he didn’t want to.’

“My dad wanted to abort me. My mum saved my life. There would’ve been no Kanye West because my dad was too busy,” West said, bursting into tears.

The rapper spoke about his mother, who died from complications of plastic surgery in 2007, and he criticised civil rights figure Harriet Tubman who he said “never actually freed the slaves she just had them work for other white people”.

Tubman was an African American who helped enslaved black men and women escape to freedom. She remains a respected figure of 19th century America.

Kanye West also said that marijuana “should be free” and took questions from the audience before the hour-long event ended. 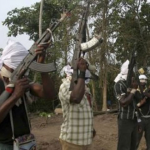 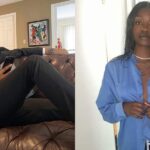