Bayelsa State Police Command has arrested a 20-year-old man identified as Benjamin Wariebi, for allegedly raping an 11-year-old girl in Bebelebiri II community in the Yenagoa Local Government Area of the state. 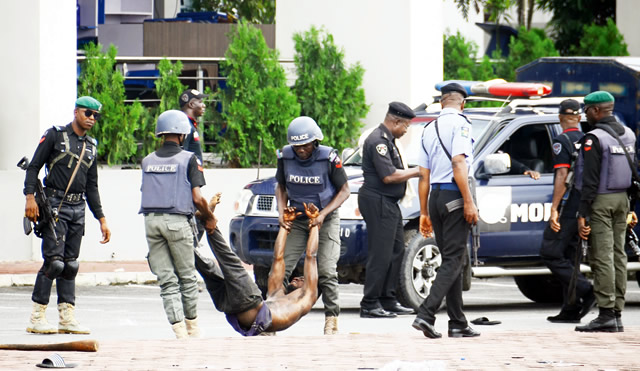 It was gathered that the incident, which occurred on Saturday at about 8pm, threw the community youths and elders into shock as the defiled girl was rushed to the Federal Medical Centre in Yenagoa for multiple stitches to her virginal.

Recounting her ordeal, the victim was said to have told the police that Wariebi had sent her on an errand to buy N50 worth of groundnut.

“And when I brought the groundnut, he dragged me inside his room, clamped his hand over my mouth to stop me from screaming.

“After he finished, I was crying and bleeding. Some people saw me and I told them what happened. He wanted to run, but he was arrested,” she said.

The mother of the child told newsmen that “there were attempts by some persons to stop the prosecution of the violator of my child with money, and I am not interested. All I need is justice. He must be made to pay for this gross damage against my child.”

The state Police Spokesman, Mr Asinim Butswat said the suspect was already in their custody, adding that investigation is ongoing.

KanyiDaily had also reported how a man was arrested after he killed his wife and buried her corpse in the kitchen of their apartment in Bayelsa.