A Twitter influencer @__Valking has accused police officers from the Ogudu department of beating him up, threatening to kill him, and forcing him to say on camera that he’s gay before extorting N260K from him. 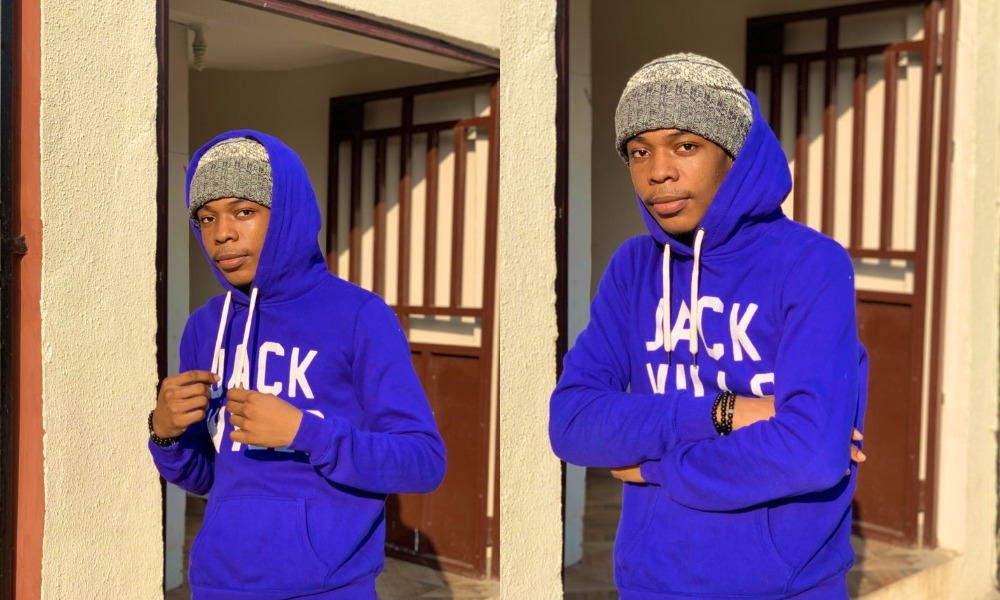 In series of tweets, the young man claimed he was in an Uber when he was stopped and the officers asked the driver to take them straight to the Ogudu police station in Lagos State.

When they got to the station, he alleged that they collected his gadgets, searched his phone and saw a chat where he discussed with friends that “gay men dey pay”.

On seeing the text, the police accused him of gay which he laughed off and described as ‘ridiculous’ because in the text, he was only discussing with some friends about gay activities they heard rumours about.

According to him the police officers asked him to remove his shirt and then allegedly started beating him up with a pipe. He alleged that they also accused him of being gay, and forced him to admit to it on camera.

He also claimed they told him to say that he has male clients who pay him for sex and they gave him names of men to include in his statement as his clients.

The young man added that they asked him to add amount to the name of each men as the money they paid him for sex. He noted that all this happened at gunpoint and they threatened to kill him if he doesn’t comply.

He claimed that when they were done, they threatened to release the video of the forced confession to his clients if he doesn’t pay them N500,000.

After pleading with them, the police officers finally agreed to collect N260,000, which he parid through a ‘third party’. Read the full thread below: 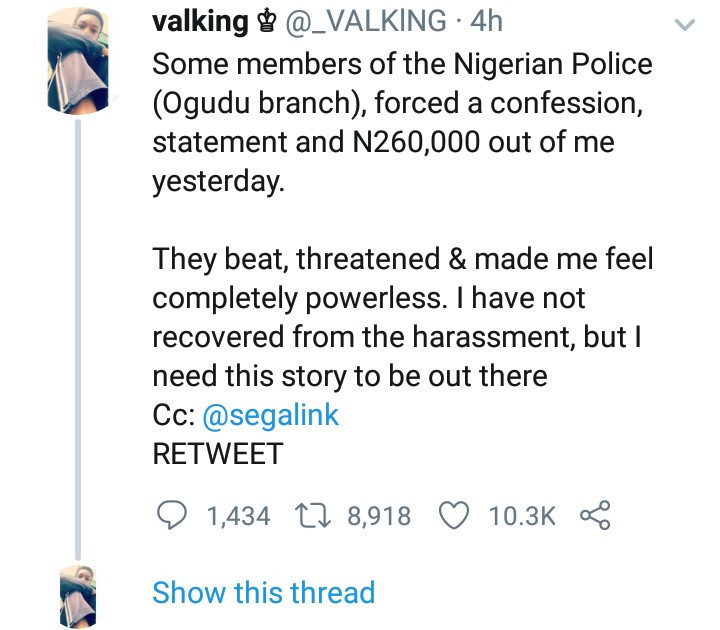 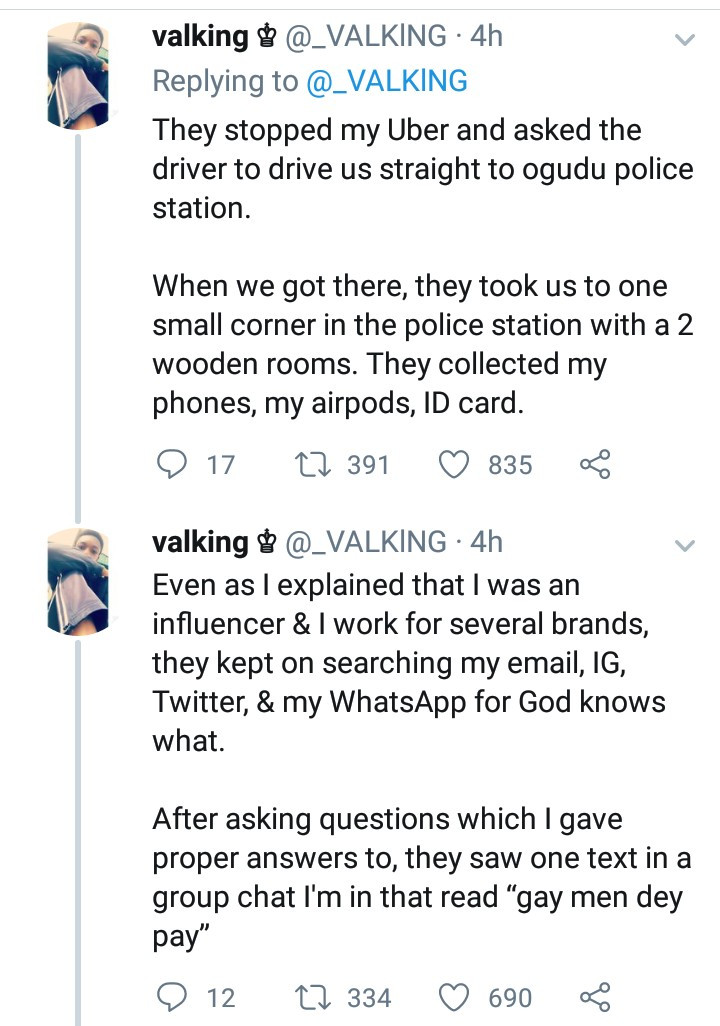 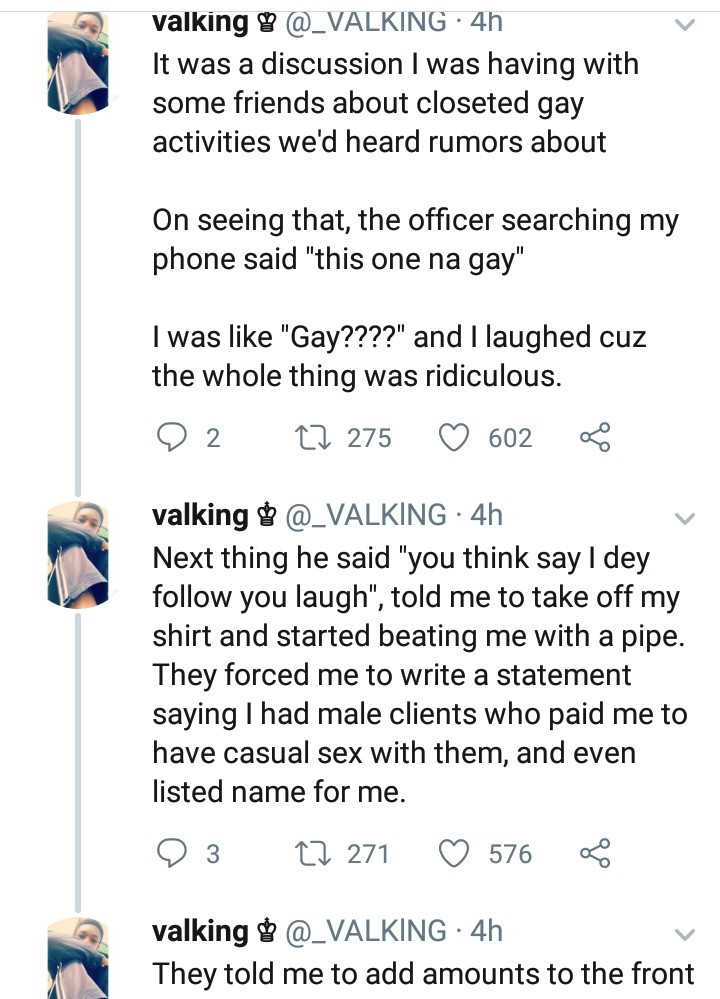 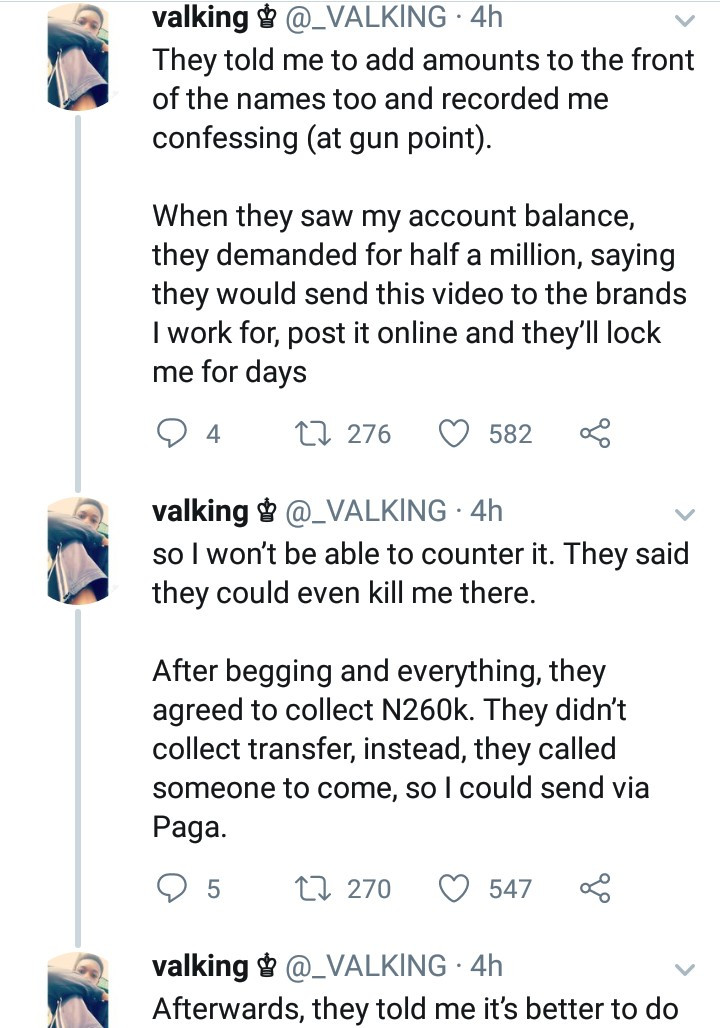 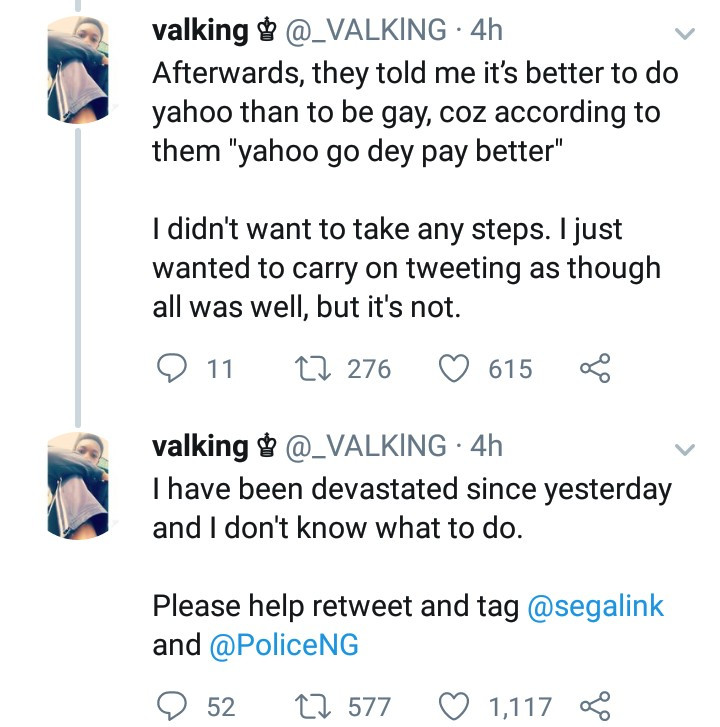 This is coming one week after a controversial journalist, Kemi Olunloyo was caught on camera publicly confronting some police men whom she accused of extorting money from her artiste on three different occasions in Ibadan. 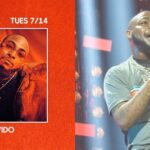 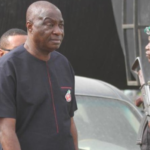