Edo State Governor, Godwin Obaseki has alleged that President Muhammadu Buhari was forced to endorse Pastor Osagie Ize-Iyamu as candidate of the All Progressives Congress (APC) in the September 19 Edo State governorship election.

KanyiDaily recalls that President Buhari had earlier endorsed Pastor Ize-Iyamu and presented the APC flag to him at the Presidential Villa, Abuja, on Friday.

Reacting in a statement issued by his Special Adviser on Media and Communication Strategy, Crusoe Osagie, Obaseki sympathised with Buhari over the endorsement.

Obaseki said it was disappointing and a dilemma that Buhari could endorse Ize-Iyamu despite facing trial for corruption to the tune of N700m.

“President Muhammadu Buhari on Friday was confronted with a dilemma of no mean proportion, to raise the hand of Osagie Ize-Iyamu, candidate of the APC in the September 19 gubernatorial election taking place in Edo State.

“The President was constrained to carry out the action, which indeed was a dilemma.

“We sympathise with the President, who reluctantly handed the APC candidate the party’s flag and unveiled him behind closed doors.

“The event was disgraceful, to say the least, but the President had to carry out the unpleasant assignment for the sake of his party.”

KanyiDaily had reported that Pastor Ize-Iyamu is facing trial before a Federal High Court in Benin City for allegedly laundering the sum of N700 million. 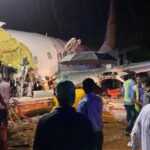