The Muslim Rights Concern (MURIC) has condemned the decision of the Nigerian Bar Association (NBA) to remove Kaduna State Governor, Nasir El-Rufai, as one of its speakers for the 2020 Annual General Conference of the association. 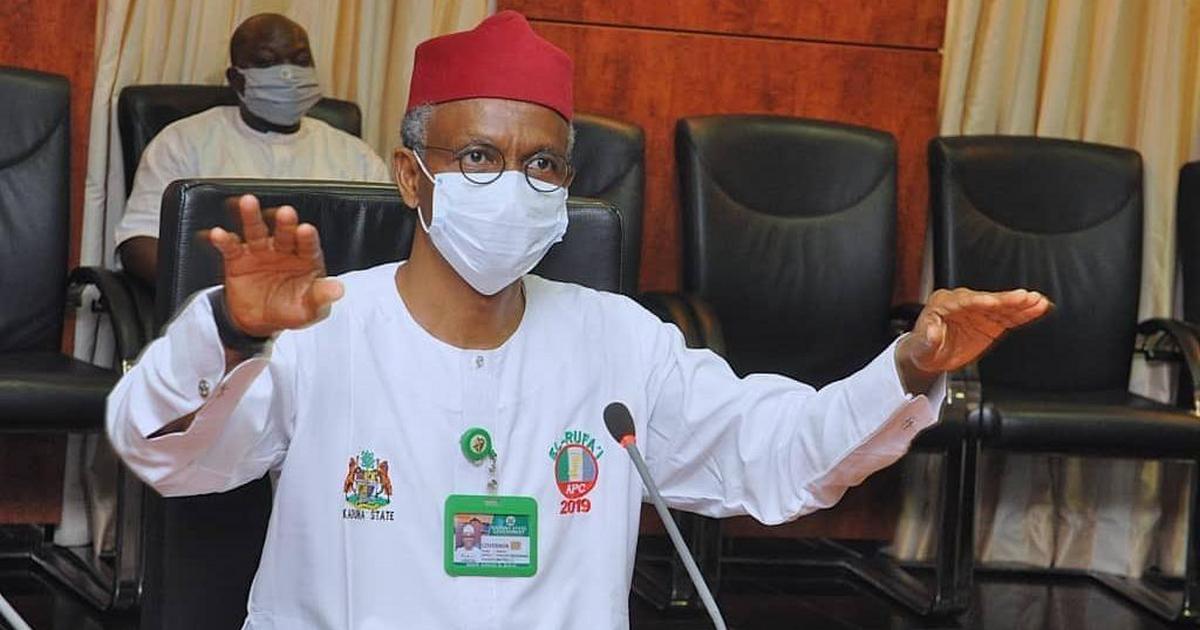 Reacting to the development, MURIC in a statement signed by its director on Friday, August 21, Professor Ishaq Akintola, described the NBA’s action as “parochial, myopic and jejune.”

“By dropping El-Rufai, NBA has declared war on the other side in the Southern Kaduna crisis. By so doing, it lost a golden chance to be part of the solution to the conflict. NBA has elected to be part of the problem,” MURIC said.

READ:  "Over N19 Million Just Wasted Like That!" - Bobrisky Laments After Police Crashed His Birthday Party

The Muslim group wondered why the NBA would exclude El-Rufai but retains the invitation of former president Olusegun Obasanjo and Governor Nyesom Wike of Rivers state who have also been accused of constitutional infractions.

The group, therefore, called on lawyers from northern part of the country to boycott the NBA’s conference in protest against the “open declaration of war on Northern Kaduna.”

“No single lawyer from the north should participate in the AGC either as a resource person or as a participant unless NBA rescinds its decision to drop El-Rufai from the list of speakers,” the group said.

READ:  "President Buhari Should Tell Nigerians The Sickness He Is Suffering” - Edwin Clark

Read the full statements below:

“NBA yesterday dropped Mallam Nasir El-Rufai, the governor of Kaduna State from the list of speakers at its Virtual AGC which is billed to start on 26th August, 2020. It is high level prejudice. The NBA as a group of learned literati should know better. It is parochial, myopic and jejune.

“The fact that NBA took the ill-advised step on account of a petition written by a group, Open Bar Initiative whose main fear is expressed as ‘One can be sure that he will also use the given platform to advance his conflated narrative, designed to deceive and confuse the nation on the real causes of the killings’ exposes NBA’s impatience, intolerance and self-conceit.

“By dropping El-Rufai, NBA has declared war on the other side in the Southern Kaduna crisis. By so doing, it lost a golden chance to be part of the solution to the conflict. The NBA has elected to be part of the problem.

READ:  If We Don’t Want Wrath Of God, Tinubu Must Be Allowed To Contest In 2023 - Babachir Lawal

“Was it not Jane Goodall who said, ‘Change happens by listening and then starting a dialogue with the people who are doing something you don’t believe is right’? Change cannot come through rejection and exclusion.

“How justifiable is the NBA’s decision to exclude Governor El-Rufai from the virtual conference when people like Chief Olusegun Obasanjo of Odi and Zaki Biam fame and Governor Nyesom Wike are among the speakers?

“Who bulldozed the hotels of innocent people despite court orders? Who visited unspeakable violence on political opponents?

“Should NBA hobnob with people linked to genocide and undemocratic practices? So why demonise El-Rufai where killers of innocent people and enemies of democracy are idolised?

“MURIC calls on all lawyers from the North to boycott NBA’s AGC in protest against this open declaration of war on Northern Kaduna. Every little action of injustice must spark a reaction if tyranny is to be stopped in the world.

“The NBA has crossed the red line in human relations and conflict management. No single lawyer from the North should participate in the AGC either as a resource person or as a participant unless the NBA rescinds its decision to drop El-Rufai from the list of speakers. Injury to one is injury to all.”

Meanwhile, Governor El-Rufai has said he is not bothered by the decision of the NBA to withdraw the invitation as he will continue to speak out on national issues whether given the NBA platform or not.