The National Agency for Food and Drug Administration and Control (NAFDAC) has declared that Chloroquine is potent for the cure and prevention of the coronavirus infection.

Director-General of NAFDAC, Prof. Christianah Mojisola Adeyeye, who disclosed this to journalists on Tuesday, said the drug is only capable of tackling the virus at the early stage based on the research carried out by the agency.

“We realise that chloroquine can be used in the early stage of the COVID-19 infection as prophylactic treatment. Science does not lie,” she said.

Adeyeye said in March 2020, NAFDAC discovered that chloroquine is effective in fighting Covid-19 as it was used to treat over 100 patients in about 10 hospitals in China.

She further added that the drug has been used to treat many patients of Covid-19 in African countries including Ghana and Senegal.

According to her, there are four stages of the disease which are pre-exposure, early stage, severe stage and post-infection.

“On March 20, 2020, during a press briefing, I said I was going through literature and I found (out) that chloroquine and remdesivir killed COVID-19 in vitro – that is in the laboratory,” she said.

“In early March, there was a publication where 100 patients were treated with chloroquine in 10 hospitals across Chinese cities. I made a statement that chloroquine is only for clinical trial treatment. There has to be a level of confidence that depends on the number of subjects and results.”⁣
⁣
“We did not know that the disease has four stages that include pre-exposure, early-stage, severe stage, and post-infection. At what stage that chloroquine will be more effective, we did not know at that time.⁣

“We are now understanding that it is not one drug that can be effective for COVID-19. It depends on the phase of the disease. We started working with Lagos State on a clinical trial for chloroquine. We are getting to know that it is working.⁣

“My colleague in Ghana has a robust study on chloroquine use on COVID-19 patients that is going to be released soon. Also, several people that had COVID-19 in Senegal recovered after using the drug.”

KanyiDaily recalls that U.S based doctor, Stella Emmanuel had also claimed that hydroxychloroquine is effective for curing coronavirus because he had successfully treated no fewer than 350 patients with the antimalarial drug. 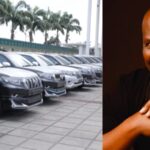 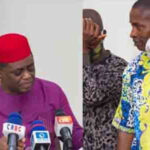