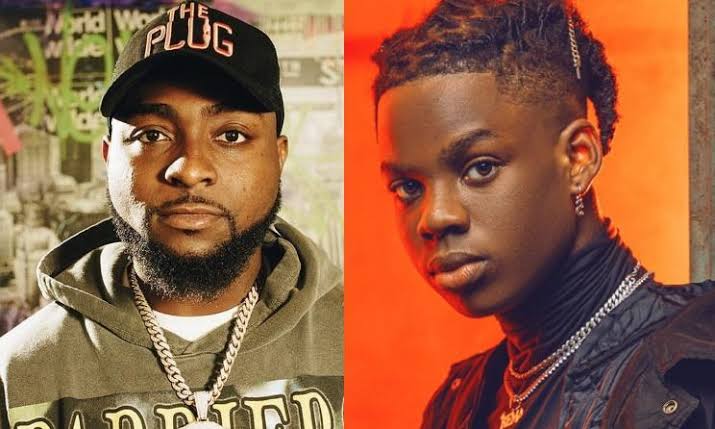 KanyiDaily recalls that Davido and Rema both performed at the just concluded BBNaija season five finale, which saw Laycon emerge winner of the show.

Following the show, Rema took to his Twitter page to rant about people who label him proud, revealing some hidden struggles and sad moments in his life which has actually taught him a lesson.

Amid Rema’s lengthy, a Twitter user, @manlikefola posted a now deleted tweet, alleging that Davido and his DMW crew bullied Rema, and even slapped the singer.

“Yea Laycon and few housemates wanted to take selfies with Rema but his bouncers stop them which now made Davido angry that he should be humble, during the process Rema sha chop slap,” he wrote.

READ:  More South Africans Have Been Killed In Xenophobic Attacks Than Nigerians - Rapper, AKA 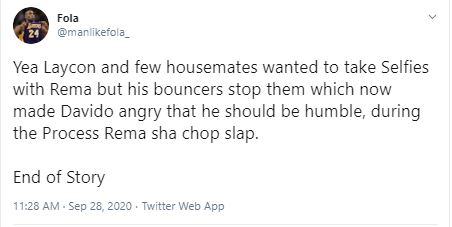 The tweet gathered lots of engagement and got people dragging Davido and his DMW crew for treating Rema that way.

The Twitter user @manlikefola has now apologized saying it was a joke and a lie.

“Guys this tweet about Davido slapping Rema was just a joke and a lie. Thank you” he tweeted.

READ:  "We Don’t Dress For You" - Nicki Minaj Calls Out Men For Policing Women's Beauty

Davido replied saying; “Actually not fair bro … cus pple actually believed u … we humans too my guy“.

Actually not fair bro … cus pple actually believed u … we humans too my guy https://t.co/thc2weEotS

KanyiDaily recalls that during Rema’s Twitter outbursts, he called out the Peoples Democratic Party (PDP) over the death of his father, Justice Ikubor, who was found dead in a hotel room in Benin, Edo State.