Nigerian singer, Rema has set the social media on fire following series of post he shared on his Twitter page where he addressed several issues in his life and music. 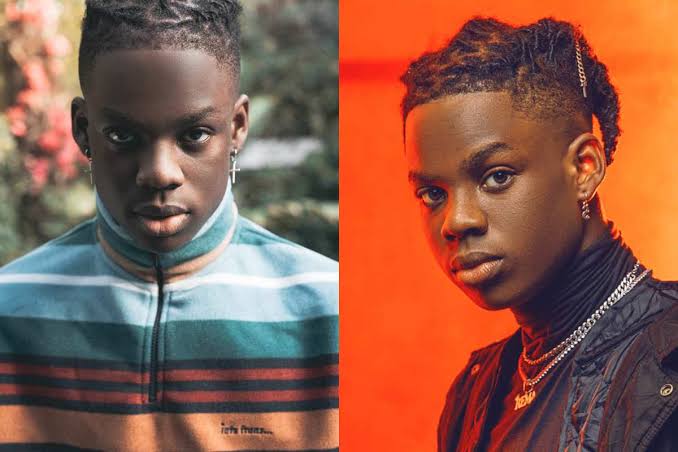 In an emotional outpour on his Twitter page, Rema touched a number of issues from his music critics, management, the girl who rejected him, his first engineer who ran away, ‘Iron Man’ and producer, Ozedikus.

“Ni**as don’t wanna see a kid win, they feel I got it too easy,” he tweeted. “I shower with my sweat, we go off on this side like the days in BENIN it got nun to do with my deal, come and sign these papers without a hustler spirit, you gone lose! Management gone change my password now lol.

“I climbed this cliff with bunch of rejected beats. Some niggas hate me because of that. When we in the same room together don’t label me proud or rude because I don’t smile, talk or laugh to your jokes. I protect my spirit and my flesh, whatever scar I die with my reborn shall possess..”

Elsewhere, he addressed critics of his music style: “Niggas label my music rubbish because I infuse my Edo language. Because I didn’t follow the usual guidelines to music, because I hacked Afrobeats with God given melodies, they called it ‘Indian’ because they DO NOT UNDERSTAND ME. I’m not of this world, know this now!

“My first show was 6 zeros, the second month of my arrival into the game, ask the INDUSTRY. I performed with a mask on, because I came into the game with an unannounced EP like the thief in the NIGHT. Bet some of y’all niggas thought it was for fashion. Pathetic.

“Thank you OBAMA for seeing what I saw in Ironman, lot of niggas couldn’t. I was 18 when I made that song, the beat got 6 sounds. I’ll give that simple beat to half the game and I won’t get a record as strong as IRONMAN.”

“Ni**as feel I’m disrespectful, they want me to alert them before I drop,” Rema tweeted. Adding that he had made millions before the fame. “Let no man feel this money changing me.”

The “Dumebi” singer spoke about how he was discovered by D’Prince, who told him he was the “chosen one”. He wrote:

“I told D’prince sir I’m making money where I’m at I think I’m good. D’prince said to me stop what you’re doing and come to me boy ‘you’re the chosen one’, this music shit is gonna pay if you trust me!

“I done did Melodies that never existed in this world, go listen to my records. I swear them engineers thought I was crazy when I say turn off the auto tune.”

Rema also took a shot at an unnamed girl who had rejected him before he became famous: “To the girl who rejected me before this fame, I’m eating the royalties off this pain. (WHY)”

READ:  "God Anointed My Vagina, Sleep With Me And Cure Your Infertility" – Pastor Veronica Tells Men

“Ozedikus took risks for me, he was under a management with guidelines. He sneaked beats to me so I could record when my first engineer left me because we couldn’t pay him at the time. All the beats Ozedikus sneaked are now HITS.”

Rema also revealed he stole a laptop from someone named Eric in 2017. “Eric, Sorry I stole your Laptop in 2017, I know you were trying to help me. My Mom had a child on the way, I was the only man in my family. They made fun of her because she got pregnant, I wanted to prove them wrong bro, I had to do it.”

The “Iron Man” singer also spoke about losing his brother, saying people only love him because he has something to offer: “When my late brother did house parties y’all came, when he died only 2 friends stood beside his death bed. That’s why I’m not comfortable around people, they love me because I have something to offer, You know yourselves don’t let me catch you!!!”

“Dear new generation artists, let’s be friends genuinely, don’t let these people forcefully make us friends just to prove healthy competition and make us enemies for their own entertainment. I swear I love y’all.

“I’m not excited to be here, I’m SUPPOSE to be here. The game handpicked me that’s why I said “ANOTHER BAGER”!!! on my first track.

“Promoters, I have visions for all y’all shows but sometimes y’all limit me. It’s not really about the cash, You don’t let me bring my vision to life even when I wanna pay for it, talking bout ‘your stage is not strong’ my generation wanna RAVE!!! start building STRONGER STAGES.

“I bet y’all don’t know that the Nigerian government signed a new Law enabling the police to arrest and search your phones without a warrant. THE TWITTER TRENDS ARE NOT ENOUGH, MY GENERATION WAKE UP!!!

“You no fit kill who don die before…. “My teddy bear is my best friend, he doesn’t talk, so he can’t judge me. Humans judge people, I don’t like humans, sometimes.

“Mom doesn’t need my money, she just wanna be happy. She said invest so your children don’t suffer as you did.

“Stop trying to change my password!!!…..Ravers they trying to deactivate my acc. Fight for me while I’m away, love y’all.

“PDP y’all need to explain what happened to my Father in that Hotel room. Justice Ikubor’s son has risen.

“I saw the bag of money, 2008. Life was rough when I lost him. When I come to Benin, I’m gonna visit the houses of the names I still remember, peacefully.

It still remains to be seen the reason behind these tweets, but until then, you can help yourself to the comment section, it is a handful.

KanyiDaily had earlier reported that Rema’s father, Justice Ikubor, was a chieftain of the PDP in Edo State and former General Manager of the state-owned Ethiope Publishing Company, before his death.

The former PDP Chieftain was found dead in a room at Bins Hotel in Benin City, the state capital in 2008.

Rema Calls Out PDP, Says He Wants Explanations For The Death Of His Father, Justice Ikubor