A factional leader of the Ekiti State Chapter of the Peoples Democratic Party (PDP), Senator Biodun Olujimi, has slammed a former governor of the state, Ayo Fayose, for warning Oyo State governor, Seyi Makinde, against visiting the State. 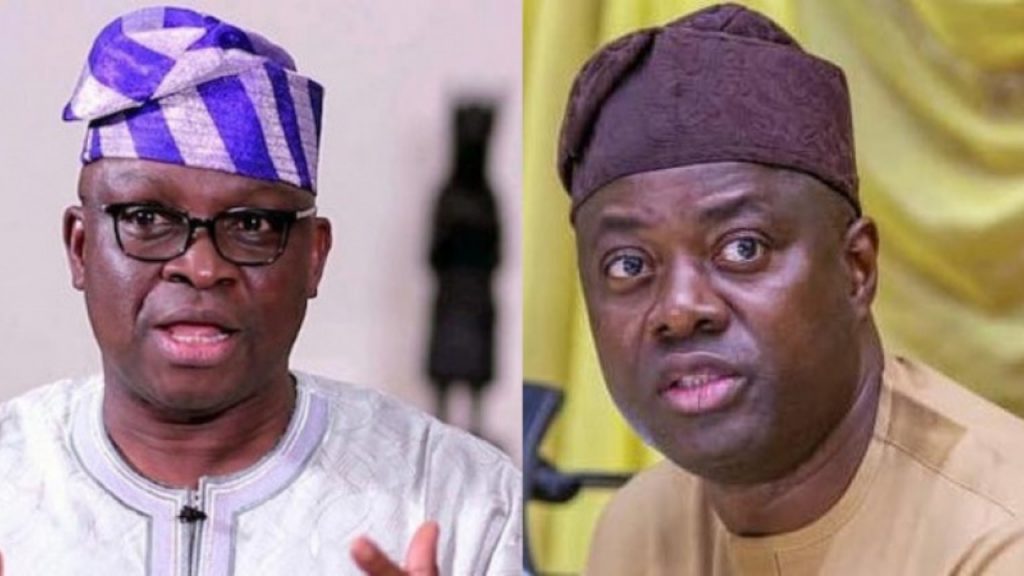 Fayose had on Wednesday, warned Makinde to steer clear of the leadership of the PDP in Ekiti, after the Oyo State Governor was adopted as the party’s Southwest zonal leader.

Reacting to the development on Thursday, Olujimi affirmed the adoption Makinde and described Fayose’s warning to the Governor as an “empty threat.”

Olujimi, who spoke while donating empowerment materials to her constituents in the Ekiti South Senatorial District, said Makinde was welcome to visit Ekiti State to assist in the party’s reconciliation efforts at any time he deemed fit.

“I thank all of you for adopting Governor Seyi Makinde as the leader of the party in the southwest. That was what we did when Governor Ayodele Fayose was the sole governor in the zone.

“Former Governor Fayose is a leader of the PDP and one of the many of the PDP leaders that we have in the southwest. He is not the only leader and former governors, there were many.

“Governor Makinde was adopted, because he is a decent, understanding and knowledgeable person. The southwest NASS caucus had adopted him. I heard Fayose said the caretaker in the zone has not been allowed to function, why should he say that? Because he had strangulated the caretaker committee in Ekiti.

“What has Makinde done? He said we should wait and resolve this crisis before conducting the congresses, because no individual can run Ekiti and deliver. Governor Seyi Makinde is welcome in Ekiti anytime. He should even come now, so that we can celebrate him. Fayose’s comment was just an empty threat.

“We say unequivocally that Governor Seyi Makinde is the leader of the zone. Why should party allow Fayose to conduct the congresses without following due process? We will resist a man who contributed to the failure of our party in Ekiti and the zone. We are resolute to rescue the party.”

“My Husband Surrendered So He Could Work For God” – Widow Of Slain Benue Criminal, Gana