KanyiDaily recalls that Igboho had issued a seven-day quit notice to herdsmen over the rising cases of insecurity in the Ibarapa area of Oyo, and enforced same.

However, Fayose said said that Sunday must be used positively in the resolution of ethnic crisis and insecurity rather than being arrested or jailed.

“Sunday Igboho is not ignorable in the circumstance that we have found ourselves. He can now be used positively to make peace rather than condemn him or ask him to go, arrest him or put him behind bars.

“The situation we have at hand now calls for everyone to come to a round table and appeal to their people.

“Sunday Igboho might not be the best of persons but the fact remains that when crises come, they come from the lower cadre of the society and people like him are the ones that can talk to the people. Big men stay in their houses and will send people out to go and resolve it.

“My appeal is that Sunday Igakindeboho, no matter how stupid or how you perceived him, must be brought and used positively in the resolution of this crisis,” he said.

Commenting on the Igangan crisis, Fayose called on Governor Makinde to be more proactive. in fighting insecurity like he did in Ekiti State when he was the governor.

“Governor Makinde needs to be more proactive. Oyo state is a big state. Look at the incident that happened in Igangan,” he said.

“When a similar case happened in Ekiti, I was there, same day. I took charge of that community. I slept in that community as a fact, and immediately they mentioned names here and there, instead of fighting them, I went to look for them and brought everybody to the roundtable.

“This I’m saying to you, I have told governor Makinde. I sat him down and I told him, ‘your excellency, borrow from our experiences; we are generals in this field.’”

Fayose further noted that he is qualified to be referred to as Makinde’s father by virtue of seniority, having been elected as Ekiti governor in 2003 when the Oyo governor was 32 years old.

“I am not into any leadership struggle with Governor Makinde but the fact is, Governor Makinde cannot come out and say he is my leader. He is not. The fact is that if my son is coming and he is a governor, I have to get up because it is the norm”:.

“The gentleman is a governor and I must respect his office. Governor Makinde by all standards is the only PDP governor in the West . But all South-South PDP governor, who is their leader? Because he is the only one we have I used to be like that but I never said to anyone, I am the leader of the west. But if he wants to be addressed like that, it is okay”.

“He is the leader in the South-West by reasons of his office. When we go out, we will say Your Excellency but when we are at home, we are his father,” Fayose said.

KanyiDaily recalls that Fayose had warned Makinde to steer clear of the leadership of the PDP in Ekiti, after the Oyo Governor was adopted as the party’s Southwest zonal leader. 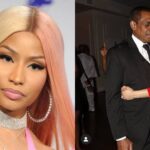 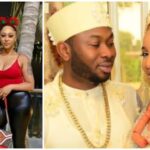