Justice Ijeoma Ojukwu of the Federal High Court, Abuja, has refused to issue an order for the arrest of former Minister of Petroleum Resources, Mrs Diezani Alison-Madueke, who was accused of corruption by the Economic and Financial Crimes Commission (EFCC). 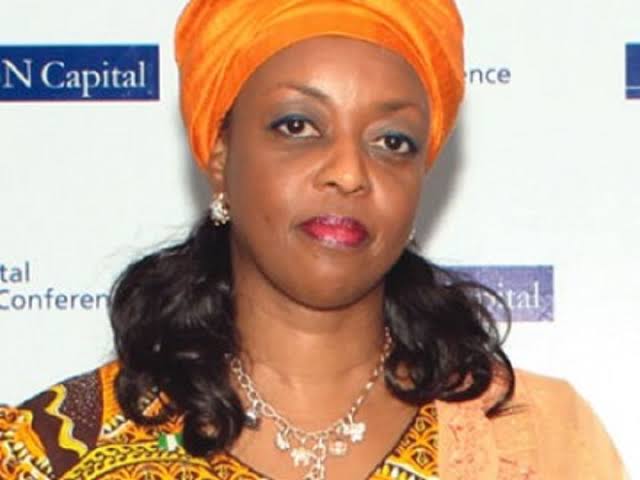 Justice Ojukwu rejected the EFCC’s request for an arrest warrant on Tuesday, October 28, 2020, citing the commission’s failure to enforce the earlier criminal summons, which the court issued on the former minister since July 24, 2020.

Mrs Alison-Madueke, believed to be residing in the United Kingdom, was declared wanted in Nigeria over her role in the award of Strategic Alliance Agreement (SAA) to Septa Energy Limited, Atlantic Energy Drilling Concept Limited and Atlantic Energy Brass Development Limited by NNPC.

She is also wanted to explain “her role in the chartering of private jets by the Nigerian National Petroleum Corporation (NNPC) and Ministry of Petroleum Resources and her role in the award of contracts by NNPC to Marine and Logistics Services Limited”.

However owing to difficulty of the anti-graft agency to get her to court to answer to the corruption allegations, the commision had approached the court through an exparte application for the arrest and extradition of the former Minister.

At the resumed proceedings in one of the cases against her on Wednesday, counsel to EFCC, Mr Farouk Abdullah, urged the court to issue an arrest warrant against Diezani for failing to appear in court.

He pleaded the court to not only issue a warrant of arrest, but to also direct the INTERPOL to arrest her in the UK and bring her back to Nigeria to answer to the money laundering charge against her.

“Giving the aforesaid fact, I apply that a warrant of arrest be issued against the defendant pursuant to Section 83(1b) of the ACJA 2015.

“We urge the court, in making the order, to direct all law enforcement agencies and the INTERPOL to arrest the defendant anywhere she is sighted and be brought before the court to answer to the allegation made against her before this honourable court,” he said.

Abdullah said since the summon had not been able to achieve the desired result, the need for a warrant of arrest cannot be over-emphasised.

The court had, on July 24, ordered the former minister to appear before it and answer to the money laundering charge filed against her by the EFCC.

Justice Ojukwu also ordered that the court’s summons be published on the website of the anti-corruption agency and a national daily in a conspicuous manner, so that Diezani would be aware of the invitation.

However in a short ruling, the judge declined to grant the fresh request on the grounds that the commision did not file an affidavit with evidence in support to proof that the earlier court summon granted the agency had failed in the extradition of Diezani.

“I have carefully perused the application of the prosecution. The earlier order of this court was made pursuant to Section 831 of Administration of Criminal Justice Act (ACJA),” she said.

“The counsel also informed the court that the extradition process has failed as a result of the absence of the warrant of arrest.

READ:  Court Did Not Nullify All Weddings Conducted At Ikoyi Marriage Registry - FG

“But if that is the case, counsel shall file an affidavit to that effect supported by evidence from the Office of the Attorney General of the Federation. I hereby give you time to put your house in order”, she added.

Justice Ojukwu subsequently adjourned the matter until December 3, for report and arraignment of the defendant.

KanyiDaily had reported how Diezani Alison-Madueke secured immunity from persecution by the Nigerian Government following her alleged citizenship and appointment as the Trade and Investment commissioner in Dominican Republic.

READ:  What Is Wrong With This Picture? 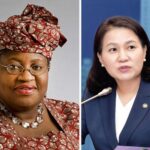