Nigerian singer, Oxlade was injured during the ongoing protest against the extrajudicial activities of the now-defunct Special Anti-Robbery Squad (SARS) in Surulere, Lagos State.

Oxlade who had gone to the protest in Surelere on Thursday, announced that he was injured by a stray bullet and that his manager, Ojah B, was being arrested and tortured by the Nigerian police.

Nigerian singer, Oxlade has been injured at the Surulere protest. #SARSMUSTEND pic.twitter.com/5LTHAW94HN💔💔💔💔💔💔💔💔💔💔

OJABODU ADEMOLA IS HIS NAME…
That is my brother …..
that is me
That can be anyone
That is a citizen of Nigeria…. harmless Nigerian citizen…. pic.twitter.com/yEUbpXBJed

Dem done hold my manager !!!
Oppression is still happening
Ojah b is in the police custody
This country !!!!!

They’re torturing ojahb as we speak…..
They’re hurting my brother 💔…….

This was in s/lere when the police opened fire. The shirtless guy being supported is a rising musician, his name is Oxlade @oxladeofficial He was shot. pic.twitter.com/c0NAa1KpmP

Oxlade as being Injured police killed 4 in surulere he was shot too pls Burna let the world know the youths are dying in naija pic.twitter.com/ojGbKa4wYA

KanyiDaily had earlier reported that the men of the Nigerian Police Force have allegedly killed four #EndSARS protesters today in Surulere, Lagos State. 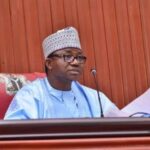