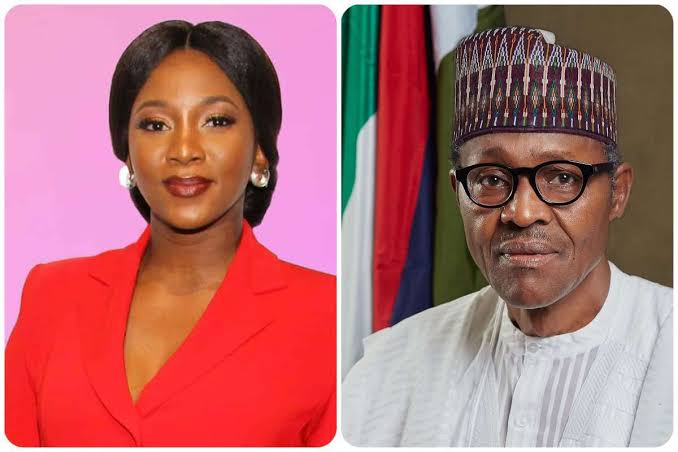 KanyiDaily recalls that the Inspector-General of Police, Mohammaed Adamu had announced the immediate disbandment of the SARS police unit following nationwide protests over its brutality, illegal arrest, extortion, extra-judicial killings, among others.

Speaking in a broadcast on Monday, President Buhari assured Nigerians that the disbandment of the SARS was the first step to “extensive police reforms”, adding that he will ensure that all those responsible for misconduct or wrongful acts be brought to justice.

Despite the annoucement, there are still reports of unarmed peaceful protesters who were shot dead on Monday in Surulere, Lagos State, by officers of the Nigeria Police Force.

Reacting to the sad development on her Twitter page, Genevieve Nnaji wondered if President Buhari is actually in control on the Nigerian police. She wrote:

“Someone isn’t listening sir because your unarmed citizens are still being killed!” she said in her tweet, adding, “Who is really calling the shots here?? #EndSarsNow #SARSMUSTEND“

Someone isn’t listening sir because your unarmed citizens are still being killed! Who is really calling the shots here?? #EndSarsNow #SARSMUSTEND ✊🏾😡 https://t.co/lFMZY6Voln

KanyiDaily recalls that Genevieve Nnaji had earlier narrated how her 13-year-old niece was assaulted by operatives of the Special Anti-Robbery Squad (SARS) for carrying a laptop.