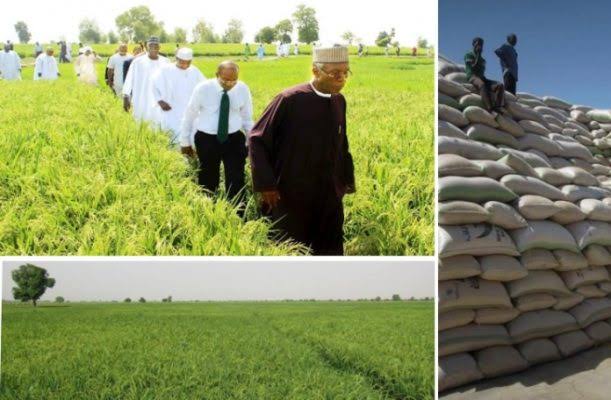 Nanono disclosed this on Tuesday in Abuja during an event to mark the 2020 World Food Day, celebrated annually on October 16th.

He said: “Significant progress has been made to improve agricultural productivity since the inception of the present administration.

READ:  "I Was Dealing With Deep issues" - Omashola Addresses Video Of Him Wearing Rags

The minister said a range of policies and initiatives to strengthen the rice and cassava value chains had been put in place, and the economic potential of both livestock and fisheries are also being harnessed.

Nanono stated that in an attempt to diversify the economy, the Federal Government had continued with its focus on the agricultural sector.

“The government has deepened the culture with the Anchor Borrowers Programme initiative and ban on the importation of some agro-commodities,” he said.

READ:  Actress Nancy Isime Opens Up About Sleeping With Married UK Based Businessman

The minister further stated that the Federal Government through the Agro Processing Productivity Enhancement and Livelihood Improvement Support project had set aside N600bn as loan support to farmers across the country.

Nanono said no fewer than 2.4 million farmers were expected to benefit from the loan which had zero interest.

KanyiDaily recalls that President Muhammadu Buhari had said Nigeria would have been in trouble if his government hadn’t forced unemployed Nigerians to go into agriculture.

Related Topics:AgricultureNigeriaRiceSabo Nanono
Up Next