The National Bureau of Statistics (NBS) has said that Nigeria earned about N289.3 billion from exporting top 10 agricultural produce between April 2019 and March 2020. 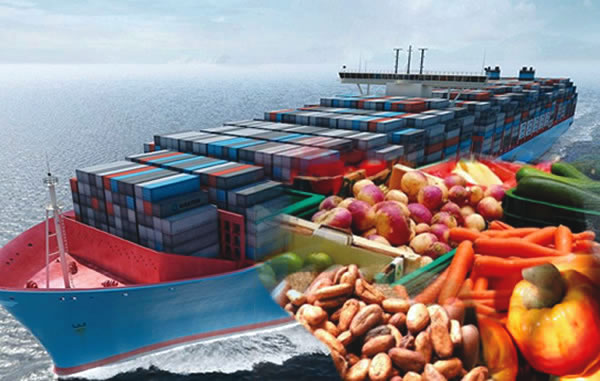 The bureau said that sesamum seeds and cocoa beans are two Nigeria’s agriculture produce most sought after internationally, as both commodities jointly accounting for over 60 per cent of the entire exports from the country.

During the period under review, Nigeria made the sum of N112.8 billion from the export of the produce and this accounted for 38.9 per cent of the top 10 agricultural products. However, top destinations for the product include Japan, China, Turkey, India, and Vietnam.

For cocoa beans, cocoa (Fermented, superior quality raw cocoa) is Nigeria’s second largest agricultural export. During the period under review, cocoa export was estimated to be N109.6 billion, accounting for 37.8 per cent of the top agricultural exports. While its top destinations include Germany, Netherlands, Spain, Indonesia, Belgium, Malaysia and Estonia.

Meanwhile, cashew nuts are Nigeria’s 3rd biggest agricultural export product. Between March 2019 and March 2020, Nigeria generated a total sum of N38.2 billion from cashew nuts export. While its top export destinations include Vietnam, India, USA, Russia and as well as the Netherlands.

Frozen shrimps and prawns, which ranked 4th on the list, accounted for 3.4 per cent of the biggest export in Nigeria and estimated to be N9.85 billion in the last one year. However, Netherlands, Belgium, France, Vietnam, and the USA are top destinations for their export.

READ:  Lady Demands Receipt After Paying N1.3 Million Rent By Having S£x With Her Landlord In Lagos 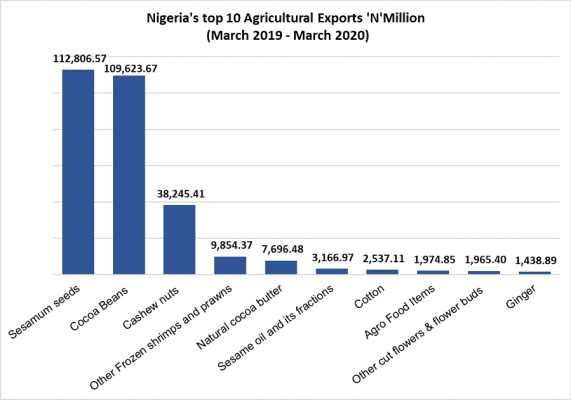 KanyiDaily recalls that the Minister of Agriculture, Sabo Nanono had described the cry by some Nigerians of hunger in the land as laughable, insisting that there is no hunger in Nigeria.

Nanono said Nigeria is producing enough food to feed itself and send to neighbouring countries, adding that it is wrong to promote the idea that there was hunger in Nigeria.

READ:  "You Can Even Investigate The Food I Ate With My Family In Govt House" – Okorocha Dares Ihedioha 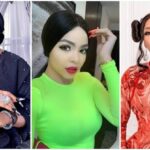 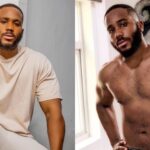