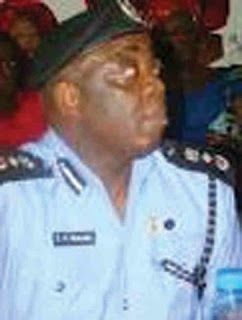 Salihu Goni, a family associate to assassinated Deputy
Inspector-General of Police, Sale Abubakar Ningi, has owned up to
masterminding the plot that led to Ningi’s murder in Kano three weeks
ago.


Goni, 34, who was picked up by the police at Hotoro Haye in Kano
metropolis, also confessed that he monitored Ningi’s movement and
alerted one Gana Bukar, also in police net, to lay ambush with one other
person now at large.

My benefactor
He said: “The late DIG  had been my benefactor. He had helped me with
money and food items during Salah celebrations and other festivities. I
had been a constant visitor to his house and dined with the family
several times.”

Ningi was assassinated along with a friend and his driver while
returning from his factory at Dakata Sauna Kawaji Industrial layout, on
the outskirts of the metropolis on June 5,  by unknown gunmen on
motorcycle.

The Commissioner of Police, Ibrahim Idris revealed that further
investigations had led to the arrest of several other suspects in
connection with the murder of the late senior police officer.

He  also said  that one Muhammed Tahir, 22, was arrested at Dandishe
Kurna Asabe quarters, adding that three cans of Improvised Explosives
Devices, IEDs, were recovered from his tailoring shop.
Bayero University attack

He noted that the suspect also confessed during interrogation to have
conspired with several others to launch attack at the Bayero Univerity
Kano, BUK, worship centre April 29, adding that the he also confessed
killing a Chief Supreintendent of Customs and Staff of Department of
State Security, DSS,  in Kano penultimate week.

The Police commissioner said, “we have widened our dragnet and robust
investigation is ongoing and we will do our best to get to the root of
the heinous crime in the state.’’ 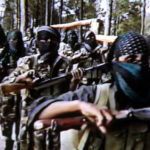