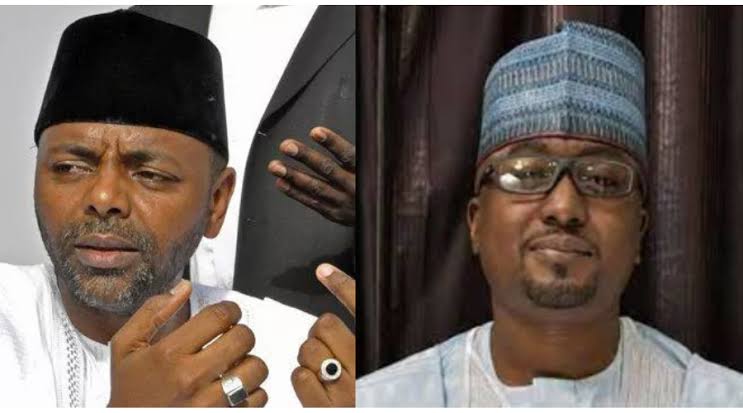 The Judgment delivered by Justice A.M Liman, via zoom, ordered the Independent National Electoral Commission (INEC) to expunge Wali’s name and substitute it with Abacha’s.

The court further ordered that Wali desists from parading himself as the party’s gubernatorial candidate.

Abacha and Wali have been enmeshed in a bitter struggle for the governorship ticket of the party in the state.

Abacha, scion of the Abacha dynasty had via originating summon approached the court praying it to declare him the winner of the Party Primary Election conducted on 25th May 2022.

He also prayed the court to restrain the Independent National Electoral Commission (INEC), its officers, agents and privies from further recognising Sadiq Aminu Wali or any other person apart from parading himself as the gubernatorial candidate of the PDP in Kano State for 2023 Governorship Elections.

Justice Liman however granted all the relief suits of Abacha on the ground that he was validly nominated during the primary conducted by the Wada Sagagi-led factional Chairman of the party, adding that votes cast for him remained lawful.

The Judge faulted INEC for removing Abacha’s name from the gubernatorial candidate list in the first place, declaring that by the tenure of the provisions of section 84 (1)(5)b of the electoral Act 2022, it is illegal, null and void for the electoral umpire to have withheld the name of Abacha who won the primary election and substitute him with Wali.

Reacting to the judgement, a chieftain of the party, Zakari Wali expressed dissatisfaction with the judgment insisting that the verdict would be challenged at the upper court.