The Coalition for Revolution (CORE) has held a peaceful protest in Abuja and Ibadan, Oyo State, on Thursday to mark Nigeria’s 60th Independence anniversary. 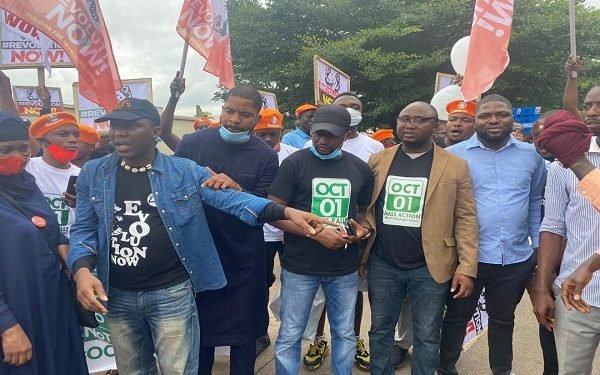 The RevolutionNow movement-led by a former presidential candidate and Omoyele Sowore, said the protest is against poor governance in the country.

The protest, according to Sowore, is to demand reversal of: “anti-people policies implemented by the President Muhammadu Buhari-led administration.

In Oyo, the protesters were forced to change the venue of their protest to a filling station along the Lagos-Ibadan Expressway as armed policemen took over Iwo Road, which they had planned to use for the protest.

About 10 police cars and patrol vans were stationed at around Under Bridge, Iwo Road while major streets in Ibadan were also manned by police to prevent protests in the city.

The Deputy Inspector General of Police in charge of South-West had on Wednesday said the police would not allow any procession on October 1.

But the protesting youths said the police might have blocked them from using the popular space, they could not stop them from expressing their displeasure on the state of the nation.

The Chairman of #Revolutionnow in Oyo State, Rotimi Ogunlana, told The PUNCH that the hardship, insecurity, massive corruption among government appointees had become unbearable for Nigerians.

“Nigeria is not working. At 60, we are worse than how we started and the government doesn’t want us to complain. Many Nigerians cannot eat more than once a day.

“Things are getting worse and that is why we have to come out and let them know that they can’t stop us. They prioritise their comfort above the basic needs of the majority.”

Another leader of the coalition, Akin Asifat, said thst that October 1 was not worth celebrating in any way. He said:

“October 1 is not a day to be celebrated. There is no food, no electricity supply, there is a hike in the price of petrol and the masses are suffering. We need a peaceful revolution because things are not working.”

See some photos of the protest held across major cities in Nigeria: 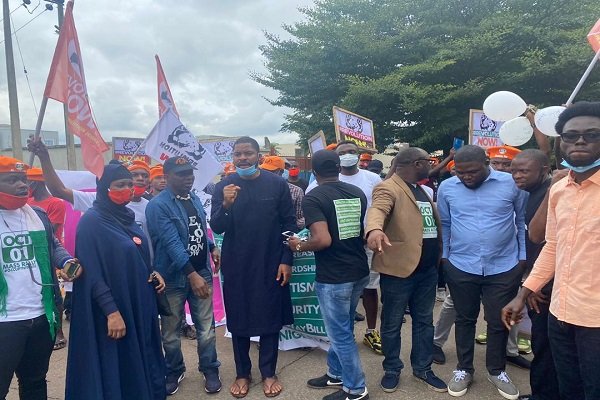 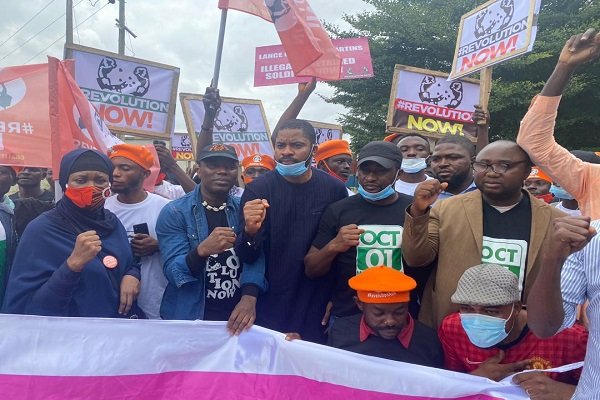 KanyiDanyi had earlier reported that Lagos State Police Command arrested over 20 RevolutionNow protesters who stormed the streets to express their displeasure over bad governance in Nigeria.