The Chief of Army Staff, Lt Gen Tukur Buratai, was seen posing with a big python when he visited his snake farm along the Keffi-Abuja Expressway in Nasarawa State. 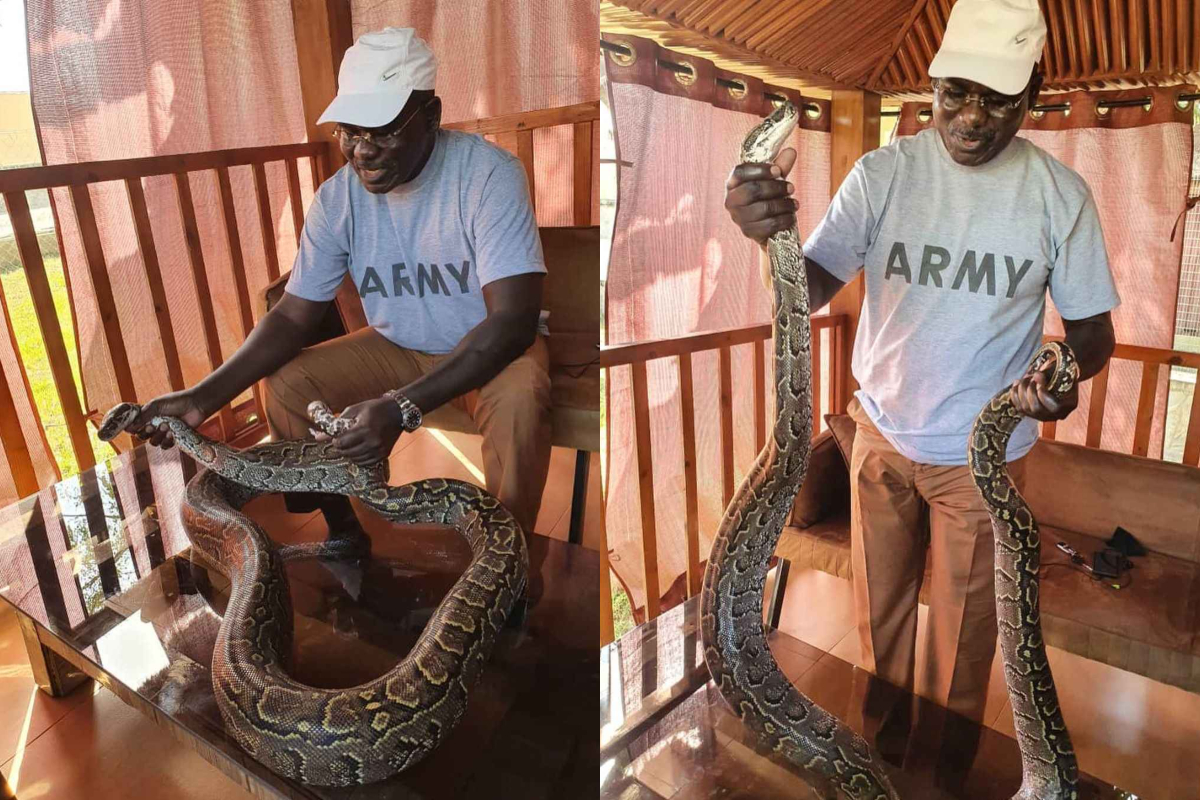 The Acting Director, Brig-Gen Sagir Musa, shared the photos on his Whatsapp platform on Wednesday evening, with the caption “The Chief of the Army Staff visited his snake farm today.”

In the photos, Buratai who is observing COVID-19 isolation with other top army officers, was seen beaming with smiles, as he held the large python by the neck and tail, posing for the camera. 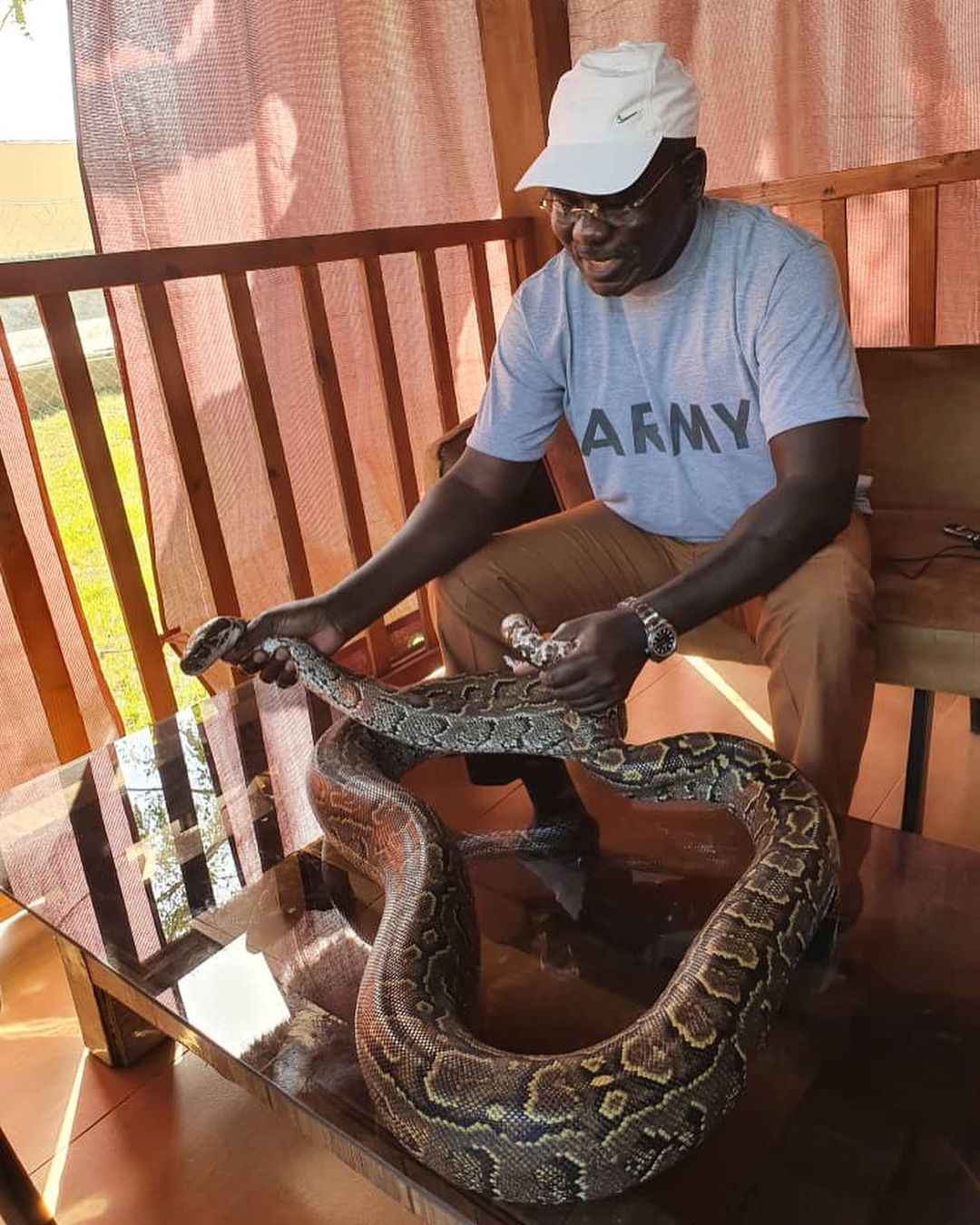 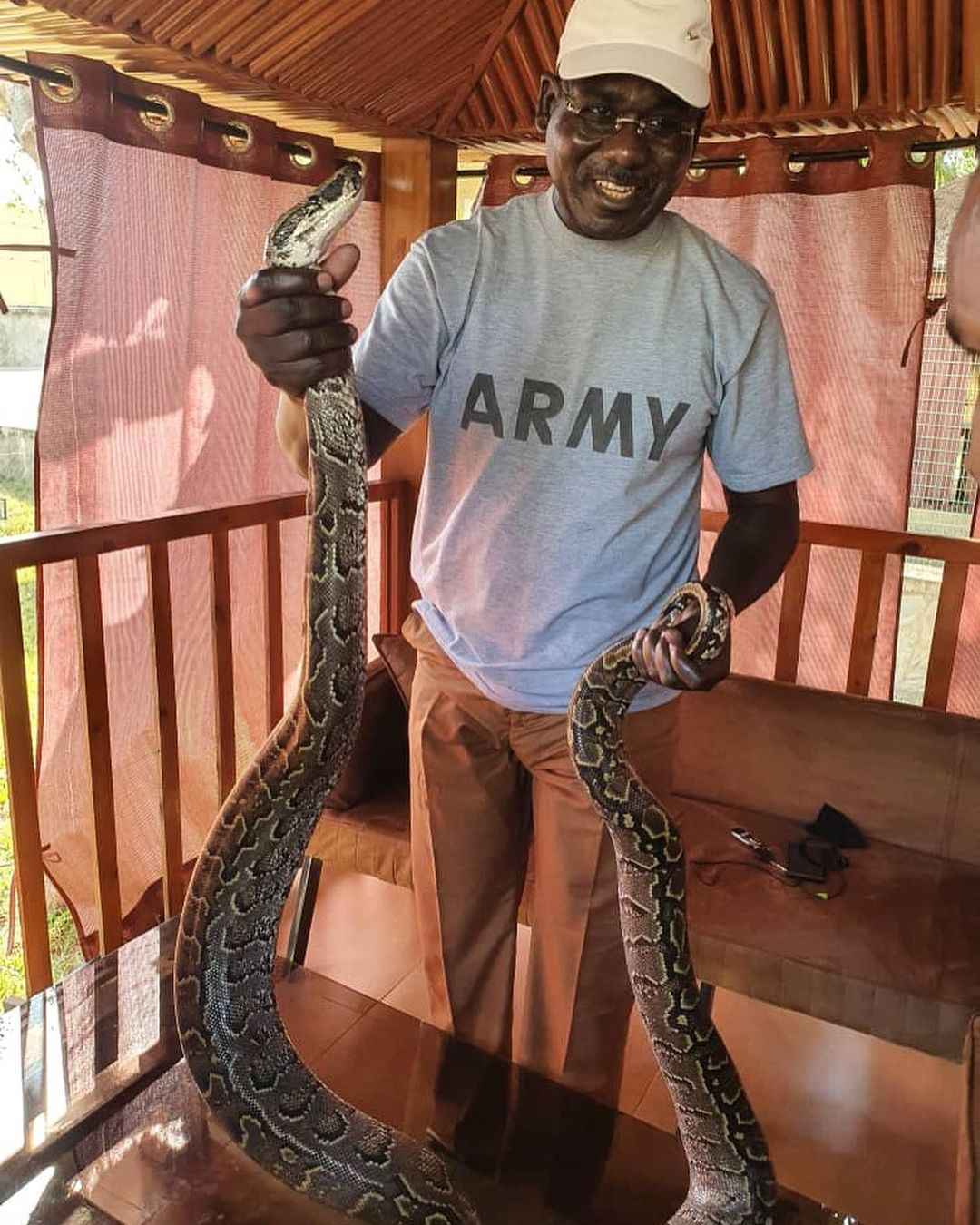 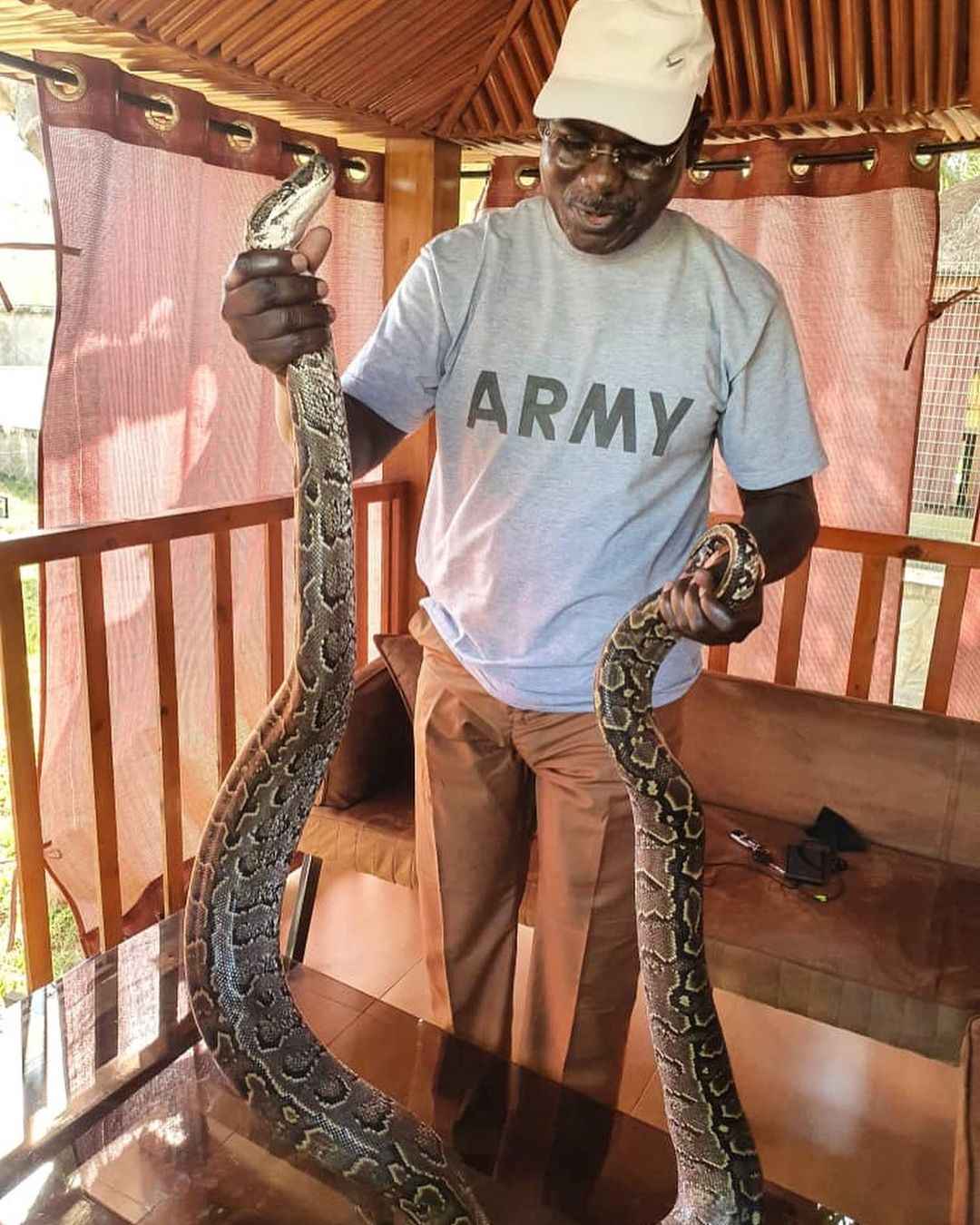 This is coming despite the Army Chief not forthcoming on the steps taken by the military to rescue the abducted students of Government Science Secondary School in Kankara, Katsina State.

It has been a week since gunmen invaded the school and abducted over 300 school boys, but Buratai had not made a public comment about the incident, amidst calls for the sack of the perceived inefficient service chiefs.

President Muhammadu Buhari, who is currently in Daura, had also rejected calls to visit the attacked school in Kankara, instead he sent a delegation from Abuja to visit the school and sympathise with the families of the victims on Sunday.

Meanwhile, Katsina Governor, Aminu Masari has revealed that his administration is discussing with the suspected abductors through the Miyetti Allah Cattle Breeders Association of Nigeria (MACBAN).

Buhari Is Physically And Mentally Sick, He Can’t Even Handle His Own Family Affairs – Junaid Mohammed