A 41-year old woman identified as Mary Kulele has been burnt to death after she was caught stealing a baby in a hospital in Akwanga Local Government Area of Nasarawa State.

According to reports, Mary Kulele quietly went into the hospital pretending to be a nice woman by rendering selfless services to pregnant women.

Although the baby was recovered in good condition, the angry youths in the area took laws into their hands and lynched her.

Despite the lengthy narration of her sympathetic life and marital experience, her plea for mercy and forgiveness fell on deaf ears as the youths smoked life out of her. She wailed and pleaded that her life should be spared. She promised never to do it again but nobody came to her aid.

It was for the want of a baby that would console her in her old age, after she was sent away from her matrimonial home on account of infertility, after 10 years of fruitless and frustrating marriage, she lost her life. So sad! 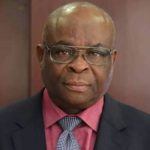 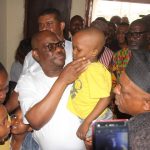