The Spiritual Director of Adoration Ministry, Enugu, Nigeria (AMEN), Rev. Fr. Ejike Mbaka has been accused of assaulting two BBC journalists and their driver his residence in Emene town. 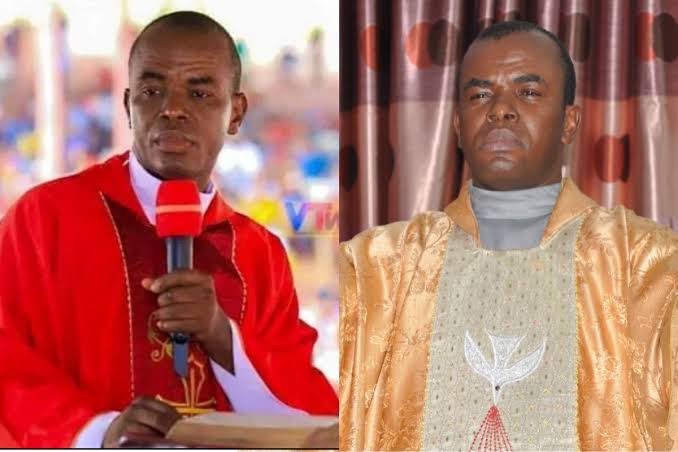 According to BBC, the incident happened on Wednesday evening when the two jounalist, Chioma Obianinwa and Nnamdi Agbanelo, as well as their driver, Ndubuisi Nwafor, were accompanied by another Catholic priest, Father Cajethan Obiekezie and his assistant, Solomon Orakam, to Father Mbaka’s Adoration Ministry.

Father Obiekezie, who facilitated the interview had led the BBC team to Mbaka’s Adoration Ministry around 10am but the interview could not immediately hold because Father Mbaka was preaching.

When Mbaka got home, the journalists who were waiting in the car after Obiekezie went in to discuss with Mbaka, were suddenly surrounded by about 20 men.

READ:  RAPE: When A Woman Accuses You Of Something, Nobody Will Listen To You - Pastor Adeboye

According to one of the journalists, Obianinwa, the men seized their equipment and threatened to kill them for writing “negative reports about Mbaka.”

“Mbaka asked us to wait until the end of the programme for the interview. The men outside his house said BBC Igbo writes negative things about Mbaka and started beating Nnamdi, Solomon and Ndubuisi. They gave them heavy blows on their heads and all over their body,” Obianinwa said.

The BBC reporter further said that Father Mbaka and Father Obiekezie came out of the house when they heard the noise and that Mbaka faced her and started poking his fingers in her face, calling her “satanic”.’

“This fired up the men to continue the attacks as Father Mbaka continued shouting and abusing us. He asked his men to seize our phones and cameras. They said they would kill us and nothing would happen. They removed my wig and tried to strangle Nnamdi. Father Obiekezie was telling them to stop but they attacked him too and seized his phone,” she said.

Obianinwa said the attacks stopped when she screamed that “the world would know that they were killed in Father Mbaka’s house”.

“At this point, Father Mbaka asked us to leave before his men killed us. He asked them to return our equipment and they chased us out of the compound. His men trailed us till we left the state to seek medical assurance and police help,” she said. 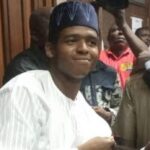