Armed thugs on Monday invaded the Arewa House Kaduna, where officials of the Coalition of Northern Groups (CNG) were holding a security summit. 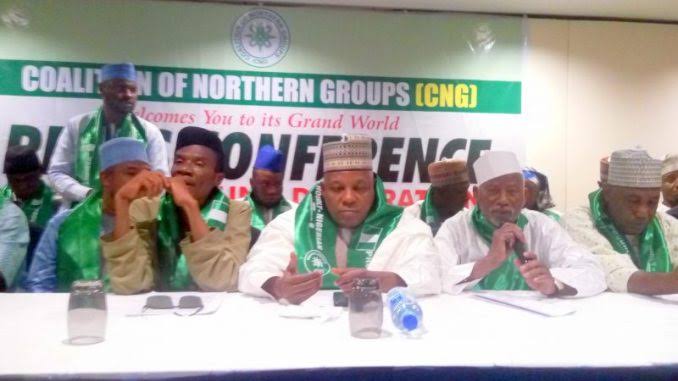 Abdulaziz Suleiman, spokesman of the CNG, who disclosed this in a statement on Monday, said that even security guards had to run for their lives.

He said that the thugs armed with dangerous weapons stormed the auditorium and unleashed terror on participants and guests at the meeting.

Suleiman wondered how armed thugs would freely move in the state capital without the intervention of security operatives.

“We regret to announce that armed thugs numbering hundreds were unleashed on the Arewa House venue of the security summit hosted by the Coalition of Northern Groups on Monday, December 14.

“The Summit aimed to discuss ways to achieve synergy between communities and government security and design a uniform approach to the current security situation in the North.

READ:  Buhari Orders Probe Of NDDC, Says He Doesn't Know Where All The Money Has Gone

The CNG said just as the meeting was about to “kick off,” sponsored armed thugs stormed the auditorium after subduing the civil guards at the gate.

“The overturned tables shattered glasses, attacked the guests and officials, wounding several people and smashing vehicles parked in the premises.

“It is disturbing that a battalion of armed thugs can stroll free across the streets of central Kaduna wielding dangerous weapons without the intervention of the security. Security only arrived hours after the thugs had left.

READ:  Nigerian Graduates Who Can't Recite English Alphabet Will Be Handed Over To Police For Prosecution - NYSC

“It is quite obvious now that some powerful forces are benefiting from the current security situation and would do everything for it to continue.

“We are now all the more committed to ensuring the safety and security of the North and its people,” the statement reads.

KanyiDaily recalls that Sultan of Sokoto, Alhaji Saad Abubakar III, had described North as the the worst place to live in Nigeria, saying people no longer sleep with their eyes closed.

READ:  Jealous Husband Ordered His Wife To Swallow Her Wedding Ring Before Beating Her To Death