Nigeria’s national under-17 male football team on Friday defeated their Burkina Faso counterpart 1-0 to qualify for the finals of the West African Football Union (WAFU) U-17 tournament in Lome, Togo. 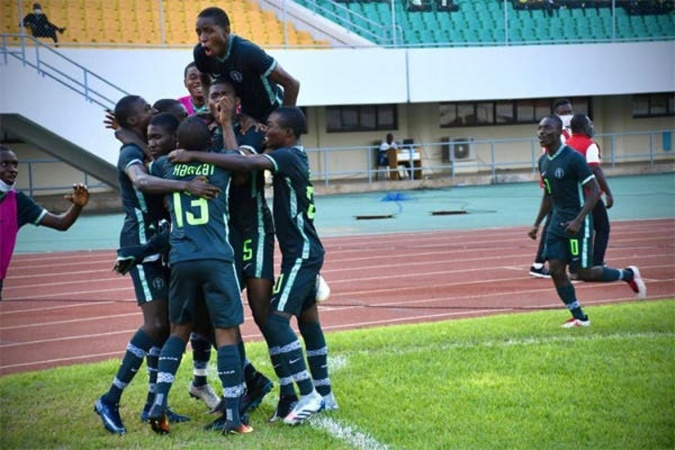 With this win, the Golden Eaglets have also picked one of the tickets for the 2021 CAF U-17 Africa Cup of Nations (AFCON) tournament scheduled for Morocco later in the year.

In the closely contested first semi-finals of the regional tournament, the Golden Eaglets piped their hard fighting Burkina Faso counterpart through a lone goal.

Michael Emmanuel put Nigeria ahead in the 77th minute after several missed chances in the first half.

The first half of the match had ended goalless with the Golden Eaglets looking more coordinated in defence unlike in their group matches.

In the second half, the Fatai Amoo-tutored boys dominated the midfield and eventually got the goal.

The News Agency of Nigeria (NAN) reports that the Eaglets had started the competition poorly, losing their first match 0-1 to Cote d’Ivoire, then drawing 1-1 with Ghana.

Nigeria eventually squeezed into the semi-finals thanks to Cote d’Ivoire who beat Ghana 3-1 in the last group game, for Nigeria to qualify with just one point and a better goal difference.

The Golden Eaglets who are five-time world champions in this cadre will now face winners between Cote d’Ivoire and Niger Republic in the final. (NAN).

FT| Burkina Faso U17 0-1 Nigeria U17. The Eaglets are through to the final of the Wafu B U17 tournament and have also qualified for the U17 Afcon in Morocco later in the year #SoarGoldenEaglets #Team9jaStrong pic.twitter.com/FGrwWRoJeN 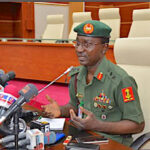 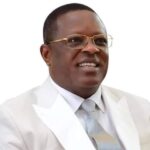