The Seriki Fulani of Oyo State, Alhaji Saliu Abdulkadir, said he has fled into a bush with his family when aggrieved Yoruba youths allegedly attacked his residence on Friday night.

Speaking with SaharaReporters in Ibadan, Abdulkadir said that he, his wives and children were sent out of their settlement, adding that 11 vehicles and houses were burnt despite the presence of security agents.

“As we speak, we are in the bush. Our cars, numbering about 11, have been burnt. Some of my children sustained injuries and we are looking for a way to get them to hospital. My children have left their houses for the bush. We need the government to help us. Police, Operation Burst and other security agencies were there when they set my house ablaze,” he said.

Chairman of Miyetti Allah Cattle Breeders Association in the state, Alhaji Ibrahim Jiji, also confirmed the incident while speaking with newsmen on the phone.

“As we usually say, not all Fulani people are evil. Good people are among us. What can we call this now? The man is a gentleman and see how he was chased out of his house. We need the government to act now,” he said.

This is coming after a Yoruba activist, Sunday Adeyemo, popularly known as Sunday Igboho, had issued a seven-day ultimatum to Fulanis in Igangan in Ibarapa East local government to leave the area over alleged kidnapping and banditry.

However, Governor Seyi Makinde countered the order in a state broadcaston Friday, declaring nobody has the right to evict anybody from any parts of Oyo State.

The governor also asked the new Commissioner of Police in Oyo, CP Ngozi Onadeko, to arrest and treat those igniting ethnic tension in the state as criminals.

Reacting to Makinde’s threat while speaking with his supporters in Igangan, Igboho insisted that Fulani people must leave the state, and the entire Yorubaland if kidnapping continues.

Igboho also dared Governor Makinde or anyone else who would stop him on the way to rescue the Ibarapa people who he said had made a distress call to him to deliver them from the oppression of the Fulani herders. 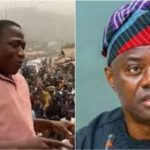 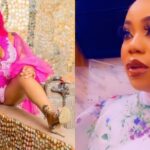