Kaduna State Governor, Nasir El-Rufai has advised Nigerian youths to join politics, adding that protest and activism will not take them anywhere in making the country work. 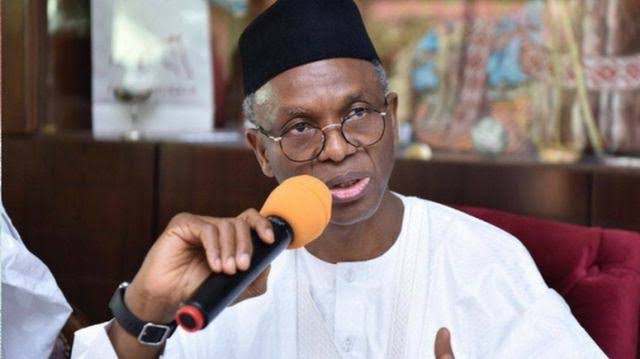 El-Rufai, who spoke at ‘Radio Now’s Urgent Conversation’ in Lagos on Friday, called on the youths, corporate professionals and religious leaders to join active politics to contribute their quota and make the country work.

He further noted that protests or activism will not take anybody anywhere until good people surrender themselves for public service and endure the humiliation associated with serving fatherland.

The governor said that the best people in the private and public sectors can also contribute their quota to nation-building by becoming active in politics.

He added that the younger generation shouldn’t only watch from the sidelines but become active, overwhelm the political parties and chase the older ones out of power.

READ:  Buhari Is Great Reformer, He Has Faced Difficult Challenges During His Tenure – Tinubu

“Good people must offer themselves for public service and suffer the indignity that we all suffer every day, we get abused, we get insulted, we get accused but we must have our best people in public service, we must have our bet people in politics; we should not have them in banks, in telecom companies, in oil companies, in civil societies protesting. Protesting will take you nowhere unless you have a seat at the table. The most important table is that political table.

“I got into government in a technocratic way, I didn’t get into government to be appointed minister because of politics. I was appointed because the President liked me and thought I could do the job. But I realised after that, politics trumps everything.

“So, my call to Nigerians is if you want to see better governance, be part of the selection process of those that offer themselves for public service and politics. And the only way to do so is to join political parties and be active and influence the leadership that emerges in the political parties which usually influences the leadership that are offered for election. There is no other way, there is no shortcut to it.

“I appeal to young Nigerians, comfortable Nigerians –because public service pay is very poor. So, comfortable Nigerians should leave what they are doing; the pastors and imams that have made money, the bankers, the telecoms guys, leave that thing, come and make Nigeria work, because if it doesn’t work, you will not sleep at night no matter how much money you have made.

“I believe that there is hope, I believe if we have more and more young people, we have five million of them attaining the age of 18 every year, they can come and overwhelm the parties and chase out old men like me and take over but they must come; they cannot stand by the side lines and keep criticising.

“Solutions are what this country needs and you can only propose this solution, fight for them in the system,” the governor said.

KanyiDaily recalls that a former President Olusegun Obasanjo had also asked Nigerian youth to make leadership unbearable for the old people in government. 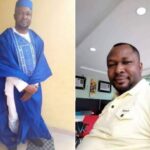 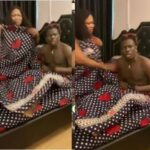