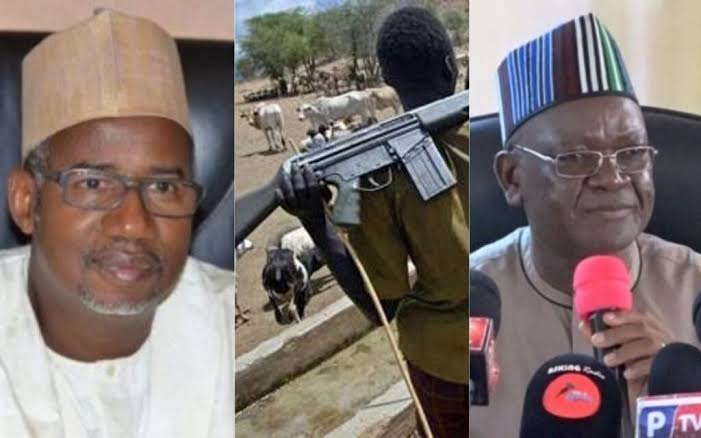 KanyiDaily recalls that on Thursday, Mohammed said Fulani herders carry AK-47 for self-defence because cattle rustlers are attacking them due to government’s failure.

He also accused Ortom of worsening the herder-farmer crisis by criminalizing the entire Fulani across the country.

However, in a statement on Friday by his spokesman, Terver Akase, Governor Ortom expressed shock over the Bauchi governor’s support for herdsmen bearing arms.

He wondered which section of the law the Bauchi Governor cited to support herdsmen’s free movement around the country with sophisticated weapons.

“Governor Ortom wonders which section of the law the Bauchi State Governor cited to support herdsmen’s free movement around the country with sophisticated weapons.

“He recalls that it was the same Governor Mohammed who once said on national television that a Fulani man is a global citizen and therefore does not need a visa to come to Nigeria and that the forests belong to herdsmen.

“Governor Ortom wonders if his friend and colleague in Bauchi State knows a thing or two about the horrendous activities of herders in parts of the country to warrant the emotional defence and justification that he has repeatedly put forward in their favour.”

About Mohammed’s comment that there are Benue people freely doing business in Bauchi and elsewhere,  Ortom stated that Benue indigenes in Bauchi have been law-abiding and do not carry arms to attack their hosts.

He noted that Fulani as well as many other Nigerians residing in Benue, who respect laws of the land, also live peacefully with their hosts.

Governor Ortom said his administration had not driven away any law-abiding Nigerian in Benue State.

Akase said, “The governor finds it unfortunate that those who are trusted with the people’s mandate and should ordinarily uphold truth and justice have chosen to mislead the country.

“He stresses the need for leaders to be cautious and retrace their steps which are capable of leading the country to anarchy.”

READ:  Money Has Become The God Of Many Church Leaders, No Discipline Among Christians - CAN 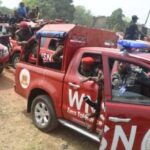